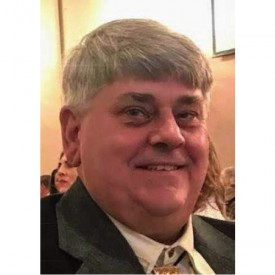 David valiantly battled CNS lymphoma, a form of brain cancer, for several months before eventually succumbing to the side effects of aggressive treatment. David fought for his kids, his grandbabies whom he adored, and his “child bride” Denise.

He will be remembered for his strong faith, his love for his wife and his family, and living out his beliefs through his business. When his wife Denise walked into the room, he still called her his child bride, and his face showed the love he had for her in a true storybook romance. Their marriage served as an example and a role model for a Christian marriage.

David proudly founded LeMeilleur’s RV, Truck, & Equipment Repair in 1998 with $1,200, the tools he owned, and a lifetime of experience. Through incredibly hard work and fierce determination he and Denise built a one-man shop into the premier service center in the Hill Country, employing a staff of 10 and still standing on the motto of “Fixed Right the First Time.”

David was outspoken and unwavering in his faith and political beliefs and he carried that same zeal in business, determined to be the best and to give back to his industry and his community. He efforts were recognized by the Kerrville Chamber when his company was inducted into the Kerrville Business Hall of Fame this past October.

David was a huge NASCAR fan and enjoyed going to the races, his favorite track was Talladega and his favorite driver was Dale Earnhardt, but he grew to enjoy watching Dale, Jr., race. He and Denise loved to travel and in the last years managed to go many places, taking long weekends to see the world. David loved to hunt, oftentimes shooting from his back door. He took great pleasure in fishing and would often get a group of guys together to go deep sea fishing in the Gulf at Port Aransas or Rockport. One of his favorite sayings in life, “Fish On”, would always indicate there was something exciting about to happen.

David was an Ordained Deacon when he was a member of First Baptist Church of Kerrville. He and Denise were both active members of Trinity Baptist Church where he played guitar in the Praise team. He believed, “If God brought you to it, He would bring you through it,” this belief helped him stay strong in the last few months as he battled his illness.

Those left to cherish his memories are, his wife, Denise of 39 years. His son Bryan, wife Raquelle, and their newborn son Greyson; son Keith, wife Kristin, and their daughter Emerson; and son Christopher, wife Lindsay, and their sons Ace and Ryland. David found renewed life in being Poppi and Papa Bear to his grandchildren and was surrounded by their pictures and love throughout his battle with cancer. His mother, Mary Ann Broussard and stepfather, Kelly Broussard, his older brother Charles LeMeilleur and wife Susan, his Brother, James LeMeilleur, his sister, Sherry LeMeilleur, his Brother, Lew LeMeilleur and wife, Marie of Crowley, La. In addition, David had three very special people in his life, his aunt, Betty Blackwell, whom he loved dearly and his brother and sister, lifelong friends Roslyn and Zeke Houghton who were with him until the end. He also left behind sister and brother-in-laws, numerous nieces and nephews, many of whom he loved as if they were his own and many friends.

David was preceded in death by his father Charles David LeMeilleur and his brother Richard Brent LeMeilleur.

A Celebration of Life service will be held at Trinity Baptist Church at 2 p.m. on Saturday, June 1, with the Pastor John Wheat and Pastor James Ervin officiating. In lieu of flowers the family has asked for donations to be made to the Christian Women’s and to the Christian Men’s Job Corps in Kerrville, or to the Trinity Baptist Church Building Fund.

Because of the prolonged journey of illness, the family has a GoFundMe account as well as a special account set up at Centennial Bank to help cover expenses. 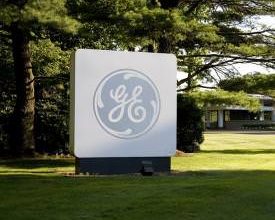 RV Salesman Ordered to Pay Back $81,000 in Workers’ Comp Scheme