Patrick Industries has reported its financial results for the third quarter and nine months ended Sept. 30 showing net sales increased $167.6 million or 41 percent, to $575.1 million from $407.5 million in the same quarter of 2017.

“During the third quarter, we completed the acquisition of Engineered Metals and Composites, another marine component supplier, marking our eighth acquisition overall this year,” said Todd Cleveland, chairman and CEO. “Our team remains focused on operational improvement, driving our disciplined strategic agenda, and re-investing in the business for long-term growth.”

“Our strategic growth initiatives and balanced, diversified revenue mix amongst our core markets have helped to offset volatility in the third quarter RV wholesale unit shipments,” said Andy Nemeth, president. “This volatility reflected a combination of normal seasonal trends and RV OEMs tactically flexing their production levels to aggressively balance dealer inventory levels. While this resulted in wholesale unit shipment declines in the quarter, the OEMs continue to position themselves for the upcoming 2019 selling season. Both RV and marine retail demand continues to grow year-over-year with solid demographic trends supporting the attractiveness of the leisure family-oriented lifestyle.”

Net sales for the first nine months of 2018 increased $571.8 million or 49 percent, to $1.7 billion from $1.2 billion in the same period of 2017. The company’s revenues from the RV industry, which represented 65 percent of nine months 2018 sales, increased 41 percent on RV industry wholesale unit shipments that were flat, as estimated by the company, compared to the prior year.

Patrick’s total assets increased $352.5 million to $1.2 billion at Sept. 30 from $866.6 million at Dec. 31, 2017, primarily reflecting the addition of acquisition-related assets and overall growth. The company invested $391.2 million, in the aggregate, in the first nine months of 2018 for acquisitions, stock repurchases, and capital expenditures.

“We continue to have a favorable outlook on all of our primary end-markets based on strong fundamentals and solid retail demand,” said Cleveland. “As we look ahead to the remainder of 2018 and into 2019, we believe in the ongoing appeal of the outdoor, leisure family-oriented lifestyle that continues to attract new consumers and repeat buyers in both the RV and marine markets, while continuing to expect strong demand in the housing and industrial markets.” 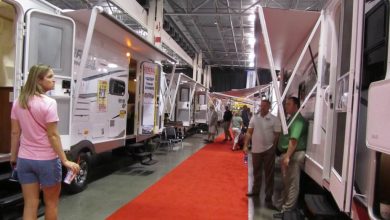 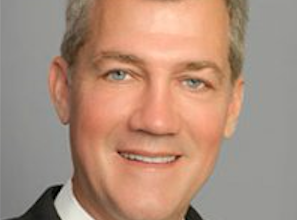