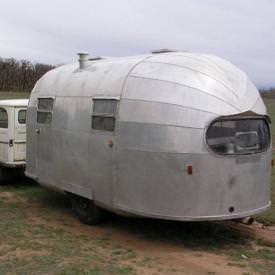 In 1952, while the Brooklyn Dodgers, who would move to L.A. in 1957, were preparing to play ball in the World Series against their archrivals the New York Yankees, another big event was in the making a coast away.

The first RVIA California RV Show was setting up in Southern California. When Dodger Stadium was built in early 1960, at that time the show was called the RVIA L.A. RV Show, it moved to the stadium. Who knew that 65 years later, this RVIA manufacturers sponsored show would become the oldest running consumer RV Show on the West Coast?

This year’s show will be held Oct. 6 to 15 at the Los Angeles Fairplex in Pomona.

In the early ’50s through the mid-’80s, the nation was experiencing a new kind of outdoor recreation hobby that was quickly catching on and would soon overcome outdoor camping in tents.

The rise of RVs and their owners, who became known as RVers, were purchasing pop-up trailers, truck campers, travel trailers, and motorized RVs in order to take to the highways to see the USA up close and personal. Incidentally, an RV is a vehicle designed as temporary living quarters for recreational, camping, travel or seasonal use.  RVs may be motorized, popularly called motorhomes, or towable, such as travel trailers, toy haulers, folding camping trailers and truck campers.

The RVIA California RV Show continued to grow in popularity and gave visitors the opportunity to see just about all of the new models from just about every manufacturer – all in one convenient location.

The show would continue to expand and soon outgrew its location. In 1992, the RVIA California RV Show moved to the Pomona Fairplex, where it could increase its acreage each year.  This year the show has over 1.3 million square feet of new RVs on display and more than 100 vendors exhibiting their products and services. Over the decades, RV clubs formed and members would come to the show, too.

Participating dealers would set up their sales and finance departments onsite and conduct transactions on the spot at the show. For those who wanted to experience how a class A, B or C would handle, a special area was designated where customers could do test drives.

In recent years special attractions like Ferris wheel rides, fishing contests and more, along with the presence of well-known celebrities and Major league baseball stars, NFL Hall of Famer players and NBA players, drew crowds to the show. Active military members were offered free admission in honor of their service.

For the past 65 years, the show has helped singles, couples and families discover the great outdoors together. Conservatively, more than 160,000 people have been drawn to the show in the past five years, and last year more than 1,300 new RVs were exhibited. The robust economy, low fuel costs and people wanting to travel the USA has sparked more interest to purchasing RVs over the recent years.

Today a record nine million RVs are on the roads in the United States, a substantial increase in ownership over the past decade.  According to a recent study by the University of Michigan, “the steady gain in ownership reflects a strong and enduring appeal of the RV lifestyle.”

The RVIA California RV Show is a part of the RV Industry Association (RVIA), the national trade association representing RV manufacturers and their component parts suppliers who together build more than 98 percent of all RVs produced in the U.S.

For additional information about this year’s RV Show, visit the website at: www.TheBestRVShow.com. 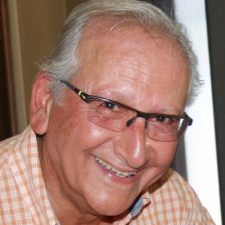 George Carson and his publicity/advertising agency (CARSON MARKETING, INC.) has been a dynamic force since 1980. He has created successful ad campaigns and publicity programs for a variety of clients in the RV, automotive, sports, food, and entertainment industries. His exclusive Core Branding approach identifies the best solutions and strategies to help companies become successful. 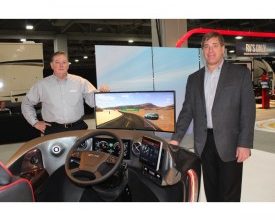 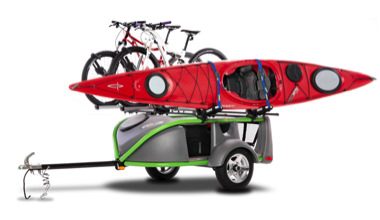 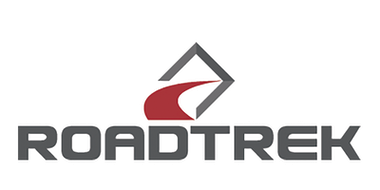 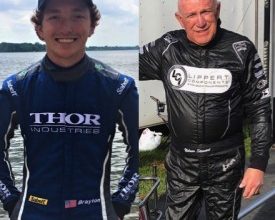