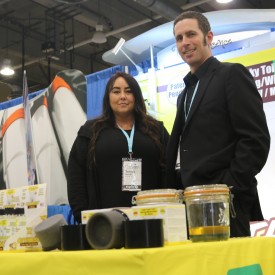 No one wants a stinky RV (hopefully). But the age-old problem of dried rubber seals in toilet bowls can lead to odors escaping from the holding tank. RVers returning to a winterized unit or one stored for several months, often find a rancid invisible force lurking around, ready to decimate their nostrils. The issue is that water won’t maintain a toilet seal for a long period. And a conditioner needs the ability to last.

Pure Essence, which came onto the scene in 2017, started by offering a fractionated coconut oil-based conditioner that kept the toilet seal healthy and smelling clean. But owners Scott Romiti and his wife, Teresa, sought a way to distribute said oil over a long period of time.

That’s when innovation struck in the form of a plug.

“Teresa and I were brainstorming in the kitchen, and she was staring at the sink plug,” explained Scott Romiti. “And she took a sponge and cut it out, and I said, ‘That’s it!’”

Next, the two measured different toilets from popular suppliers like Dometic and Thetford and made several prototypes. The foam for the sponge – made in Missouri – had to have a certain porosity in order to continually saturate the toilet seal with the coconut oil conditioner, which doesn’t evaporate.

Scroll down for more photos of the Outhouse products.

With a working prototype in hand, the Texas-based couple traveled to Chicago for Camping World’s Product Expo. During one meeting, a large vote of confidence came in the form of CEO Marcus Lemonis.

“He actually interrupted our meeting,” Teresa Romiti said, laughing. “He stuck his head in the office and said, ‘We got a big order, guys.’ He said it was a genius idea.”

Praise did not stop there.

During the 2020 NTP-STAG Expo in January, the Romiti’s were stationed across from Lippert Components’ exhibit and received nonstop traffic. Dealers were overwhelmingly impressed by the simplicity of the solution. Many were thankful that they may not have to deal with a leaky seal again.

Now the patent-pending Outhouse Toilet Seal Cap comes in two models for flat valves and ball valves and will be available at Camping World beginning in April. Currently, dealers can get it through NTP-STAG, and the Romiti’s plan to be in more distributor networks.

“The whole family is excited,” said Scott Romiti. “We’re just hard workers, and this is living the American dream.” 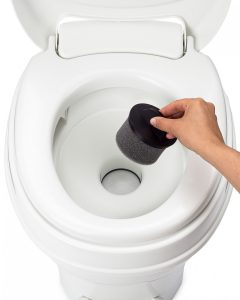 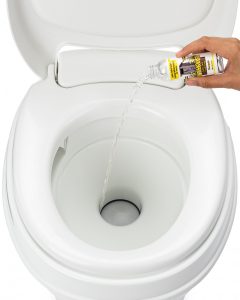 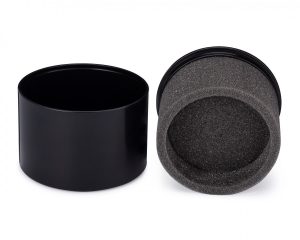 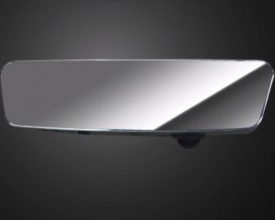 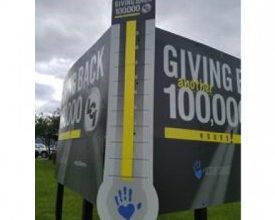 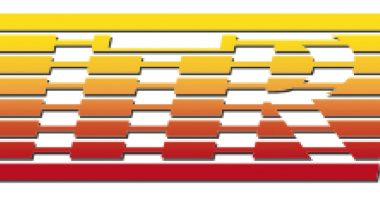