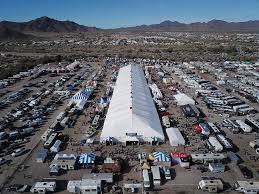 Organizers of the Quartzsite (Ariz.) Sports, Vacation & RV Show, an annual event taking place each January in the small town of Quartzsite in the southwestern Mohave Desert, are looking ahead to the upcoming RV consumer event – which they say is now the nation’s largest – even while keeping a close eye on events surrounding the COVID-19 pandemic.

“Our Quartzsite event, as with all such large gatherings across the U.S., is navigating uncertain waters in this topsy-turvy world of the Coronavirus,” said Kenny King, founder and co-promoter.

As much as for the show, the remote Quartzite area is known for its massive open-air flea market for rock, gem, mineral and fossil collectors.

That remoteness is one of the things the show has going in its favor, King said.

“Things aren’t quite so upbeat virus-wise 125 miles east of Quartzsite in Phoenix in Maricopa County where more than 110,000 confirmed virus cases have been reported versus 463 in La Paz County, where Quartzsite is situated,” he said. “That’s hardly a blip on the radar screen anywhere else.”

Another thing the show has going for it, said King, is a marked growth in attendance by a younger demographic, judging by last January’s record crowd.

Looking ahead, King says he’s been in communication with Quartzsite’s town manager, who will make the final decision on the show being held in 2021, with an eye toward following the guidelines set out by the State of Arizona.

“After laying out our new safety procedures and preparedness for the 2021 show that includes mandatory facial coverings, wider aisles with one-way-only traffic, protective barriers between exhibits and multiple hand-sanitizing stations throughout the show grounds, we were given a provisional green light to proceed as planned for 2021 with the understanding that guidelines may change in the next six months,” noted King, who has some contingency plans in place in case any major and/or more stringent requirements emerge in Arizona’s policies and procedures. 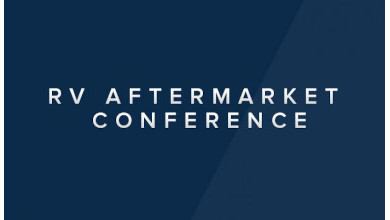 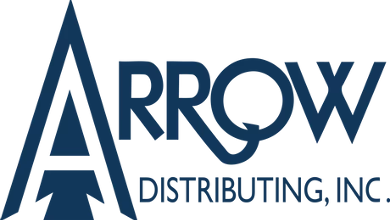