Despite the looming threat of Hurricane Joaquin last week, Route 66 dealers met for their annual rally at the Landsdowne Resort in Leesburg, Va., naming the network’s 2015-16 board members and crowning the annual Larry Coker Commitment Award winner.

In addition to naming board members for the 2015-16 season, the Network presented Jamatt RV Sales of Poteau, Okla., with its annual Larry Coker Committment Award. The award, named after a former Route 66 board member who died unexpectedly in 2009, is given to the network dealer that best reflects Coker’s commitment to the Route 66 brand.

“They have an amazing dealership down there,” Network Partner Dave Francis said. “And they’ve done a wonderful job of integrating the Route 66 programs into their dealership.”

Petrivelli, who oversees U.S. RV Sales for NTP-Stag gave a presentation to network dealers, outlining the company’s recent growth and the steps the distributor will take in the upcoming year to strengthen dealer partnerships, according to Francis.

“(Dealers) were very, very responsive,” Francis said of the NTP-Stag presentation. “Were all their questions answered definitively? Maybe not … But I appreciate the approach (NTP-Stag) took and that they’re really trying to do what’s best for the individual dealer, the industry and obviously for NTP-Stag and Coast.”

The afternoon sessions included three rotating breakout sessions and a well-attended new concept called Partner Break-out Receptions, in which seven partners were given the opportunity to conduct a series of 30-minute education and relationship-building meetings that the dealers could elect to attend.

“Emphasis continues to be placed on building the ROUTE 66 consumer brand,” Network Partner Steve Francis said. “With our clubs up 44 percent over last year, the development of a proprietary targeted RV buyer marketing strategy and continued efforts to solidify the best network for broadcasting our first episode of RV There Yet?”

The Advisory Board members for 2015-2016 were introduced: 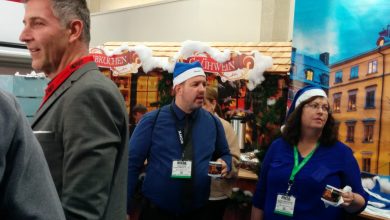 Truma Spices It Up at RVIA Show