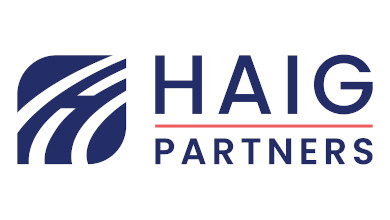 Many of the factors that are contributing to increased consolidation among automobile dealerships also are spurring merger and acquisition activity at the RV dealership level.

That’s the assessment of Kevin Nill, a partner with Haig Partners, a leading buy-sell advisory firm to auto and RV dealers in the U.S. The company recently released a detailed report on the state of trends in auto retail and their impact upon retail values, which can be accessed here.

Fort Lauderdale, Fla.-based Haig Partners touts that it has been a party to 516-plus auto, RV and heavy truck dealership transactions representing $7.7 billion in value since 1996. The company’s involvement in RV dealership transactions is more limited simply because there are fewer RV dealerships compared to car dealerships, but Nill said the company has represented some notable RV players, including Dallas area-based Motor Home Specialist – the No. 1 volume-selling motorhome dealership in the country – which was acquired by rapidly growing dealer group RV Retailer in July 2018 for an undisclosed sum.

Nill said the RV and automotive markets do share a number of common characteristics and impacting trends. For example, good-sized dealerships that carry desirable brands and that are located in appealing retail markets are generally desirable acquisition targets whether they are automotive or RV businesses, he noted.

Meanwhile, Nill added that the RV market is starting to mirror the automotive market with the emergence of “consolidators” – dealer groups focused on growing market share through strategic acquisitions.

“You’re starting to see the emergence of consolidators in the RV space,” he said, pointing to Camping World, Campers Inn, Lazydays and RV Retailer as examples. The difference between the RV and the automotive segments is that the number of consolidators is not as “robust” in the RV sector, but because the RV market is so desirable currently it may attract still more consolidators, according to Nill.

And that, in turn, may prompt the existing consolidators to step up their acquisition activity to avoid getting shut out of desirable markets, Nill added. He noted in example that Camping World has become much more active in acquiring dealerships in the past 12 months after other consolidators made several acquisitions in 2020 and earlier this year.

Haig Partners does not specifically track RV dealership M&A activity, so Nill said he has no way of comparing the number of deals completed in 2020 compared to 2019 or previous years, but based upon anecdotal information, he said he believes activity was up last year – and he said he would not be surprised if acquisition activity in the RV dealership segment is even more pronounced this year.

For RV dealers looking to sell, Nill said conditions are positive on the whole given generally favorable market conditions, the fact that RV sales are strong and that dealerships are profitable. He added that some dealers may also opt to sell this year before the Biden Administration moves forward with plans to increase capital gains taxes.