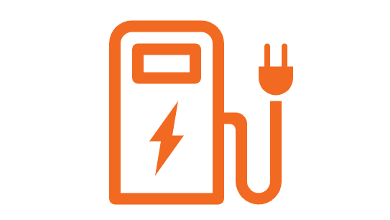 The RV Industry Association Government Affairs team has launched lobbying efforts to expand e-RV infrastructure, the association said. After receiving approval from RVIA’s Board of Directors in November – and supported by the passage of the Infrastructure Investment and Jobs Act – the Government Affairs team has been hard at work spreading the word about the need for an increased number of pull-through EV sites in campgrounds.

“As e-RVs start to become more common, charging them could present an issue,” said Jay Landers, RVIA vice president of Government Affairs. “Many of the current charging stations are not designed for combination vehicles, including electric towables. There are very few pull-through electric vehicle charging stations, and if an RV combination takes up two spots, it prevents others from charging their electric vehicles. Even with just an electric tow vehicle, the RV owner would have the added frustration of uncoupling the trailer, finding a place to put their RV trailer, charging the tow vehicle, and then reattaching the trailer. More pull-throughs, especially those designed for electric RV combinations, would help solve this barrier.”

With Congress’s Infrastructure Investment and Jobs Act now signed into law, $5 billion has been set aside for the states to improve their EV infrastructure, as a way of helping the U.S. move towards EVs and away from internal combustion. Another $2.5 billion remains with the federal government to spend on national infrastructure. The Government Affairs team is hoping these funds will help create more pull-through sites suitable for e-RVs.

Landers said that any industry with large trailers or vehicles is going to have a need for more pull-through spaces, but the RV industry is leading the charge: “Our team is working with the Outdoor Recreation Roundtable and receiving their support on this initiative. We’re also working with a national lobbying firm to help spread the word. We’ve found some support from the Federal Highway Administration, which put out a statement in the Federal Register announcing that pull-through sites would be considered.”

From the executive summary of that report from the Federal Highway Administration:
“Minimum standards for vehicle size in station design are not proposed in this rulemaking. However, states are encouraged to consider large vehicles, including medium- and heavy-duty vehicles (such as electric school buses and delivery vehicles) and vehicles with attached trailers. Pull-through charging stations may provide better access for vehicles pulling a trailer; pull-through charging stations provide ample room to move around a vehicle that may take longer to charge, because they allow vehicles to exit the station without backing up and preclude the need to decouple the trailer to fit within the parking area adjacent to the charger. Front pull-in parking style charging stations may be appropriate in many situations as they allow vehicles to freely access the charger without the potential to be blocked into the location until another vehicle completes charging.”

Along with these efforts, RVIA’s Government Affairs team is undertaking a state-by-state campaign to reach out to state departments of transportation, as well as governor’s offices and economic development offices. The team also plans to work with the member companies whenever possible on this initiative.

“The Government Affairs team is thankful for the support of the board in these efforts, and we look forward to providing some real results in mid-2023,” Landers says.