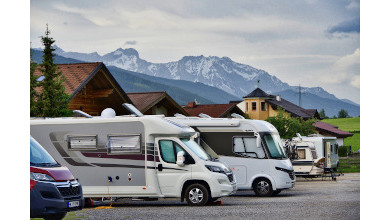 The RV Industry Association (RVIA)’s October survey of manufacturers has set the stage with the all-time highest production total of any month on record.

“With this latest report, 2021 officially becomes the year the RV industry built more RVs than ever before—and that is with two months left in the year,” said RVIA President and CEO Craig Kirby.

The association reported 57,971 units shipped last month, an increase of 22.5 percent compared to the 47,326 units shipped during October 2020. The month was the best on comparable record, with shipments surpassing the October 2017 total of 48,926 units by more than 18 percent. Regarding production totals, last month took center stage with 55,014 units built – a more than 5 percent increase from September’s production total.

The new shipment report comes on the tail of a recently released survey, showing more Americans plan on RVing in the next year than ever before. The survey showed 72 million American RVers planning a trip in the next year in a unit they own, rent or borrow – an 18 percent increase over the 61 million reported in the same survey a year ago.

“Despite the challenges we have faced with supply chain and workforce, what is really remarkable is the way the RV industry has found ways to overcome the issues and deliver 12 straight months of record shipments,” Kirby said. “We know more and more people want to get outdoors and experience the joys of RVing with their friends and families, and our manufacturers and suppliers have responded impressively to keep more and more RVs heading to dealerships every month.”

Towable RVs, led by conventional travel trailers, ended the month up 23.3 percent against last October with 52,856 wholesale shipments. Motorhomes finished the month up 14.4 percent compared to the same month last year with 5,115 units. 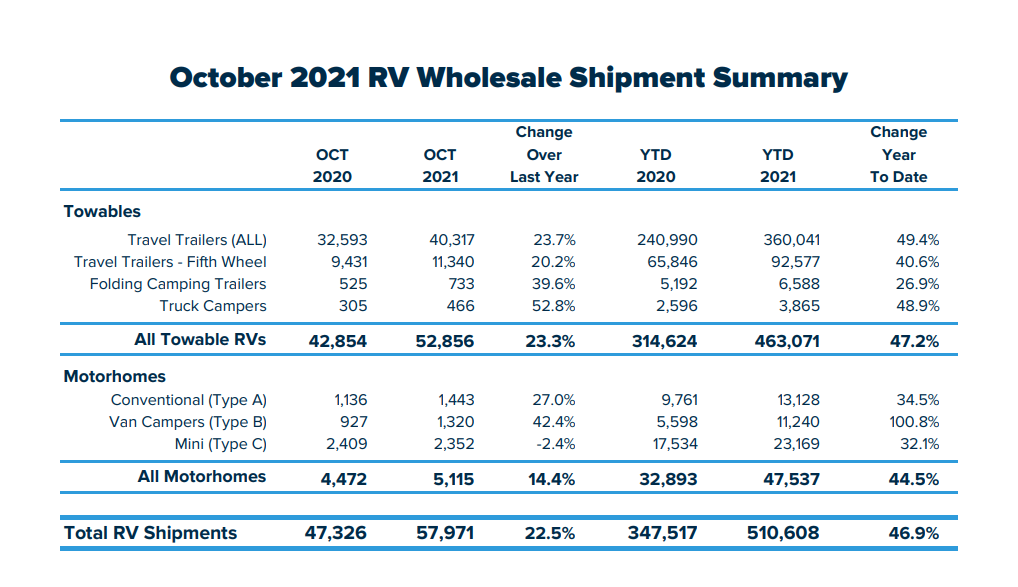 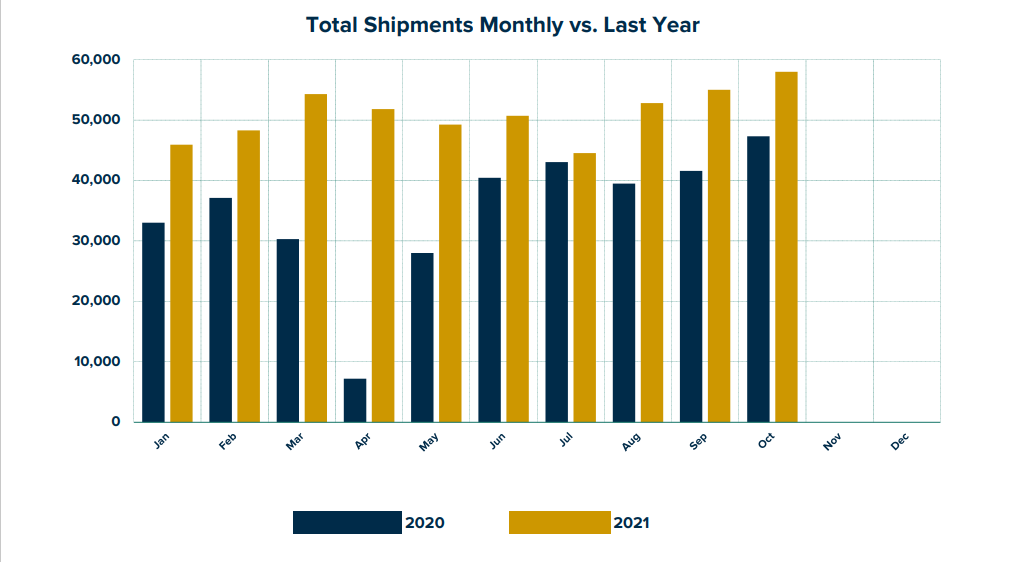 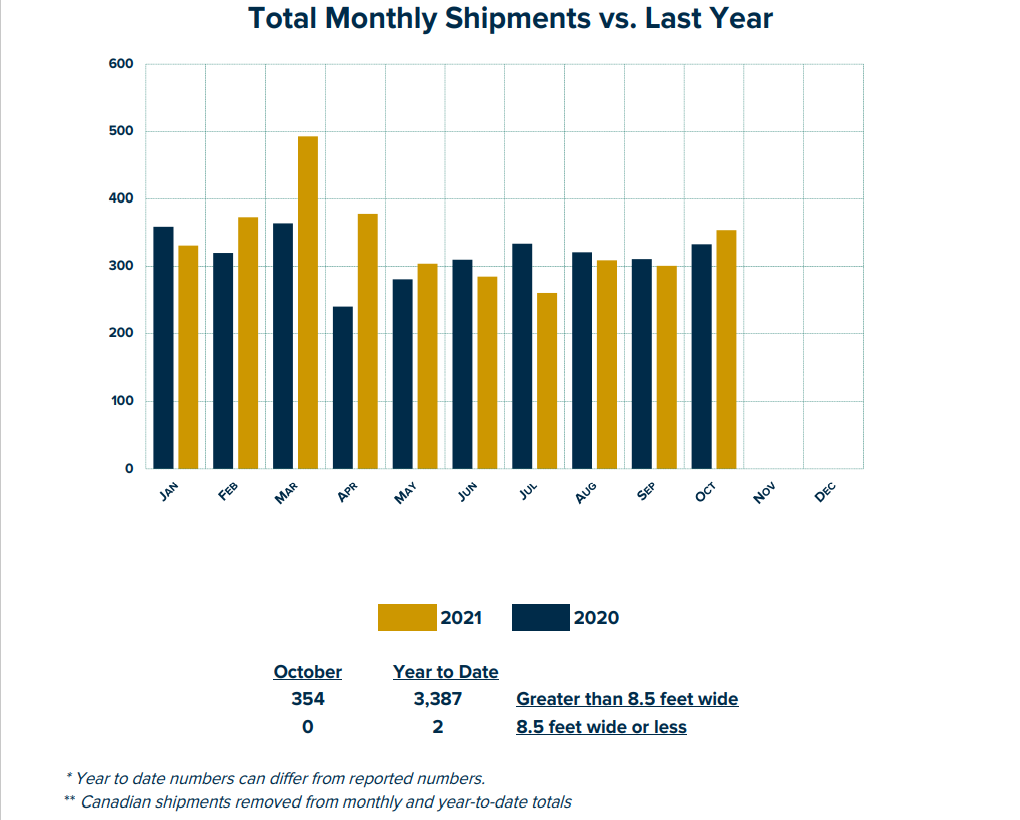 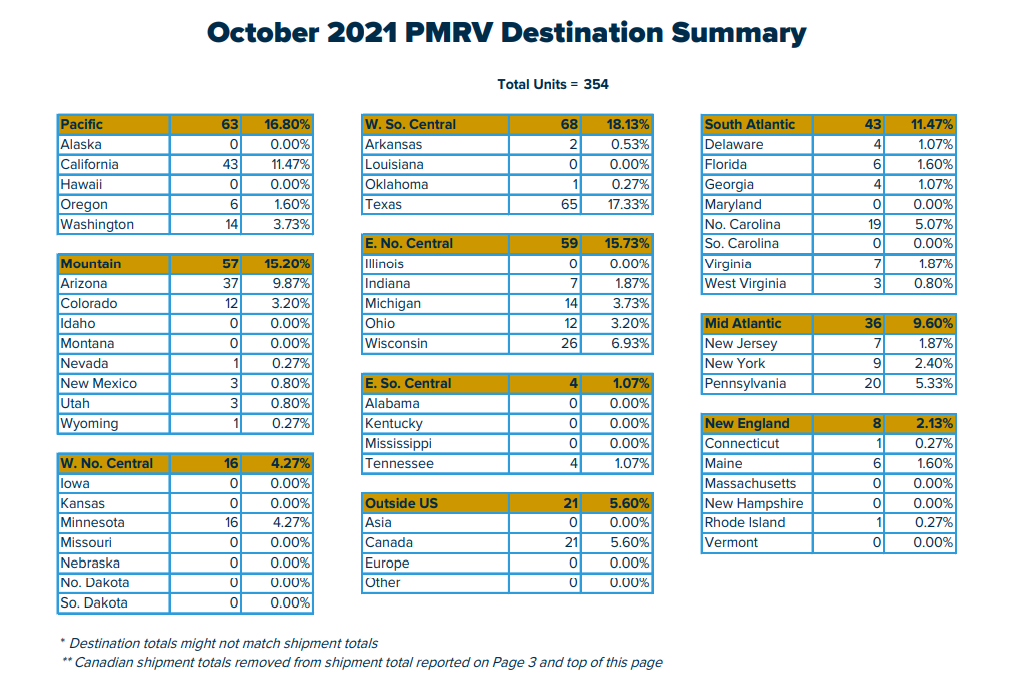