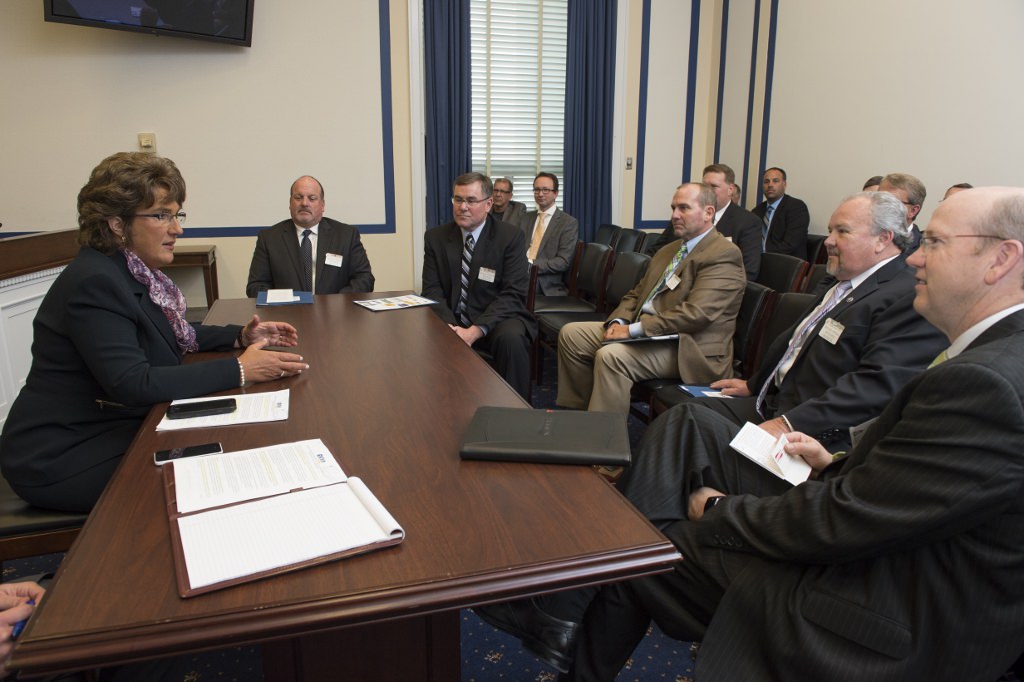 “We were thrilled with the strong engagement of our members in this year’s Capitol Hill Advocacy Day and the extraordinary volume of key meetings that took place due to that high level of participation,” Landers said.

RVIA scheduled meetings with 55 Senate members and their staff in addition to 45 House of Representative offices from 29 states. Forty-three of the meetings were held directly with senators and representatives. Landers said the meetings typically lasted 15-20 minutes each.

After the meetings, the RVIA hosted a reception to celebrate the formation of the Senate RV Caucus, which is co-chaired by Joe Donnelly (D-Ind.) and Joni Ernst (R-Iowa). Landers said “four or five” other senators attended the reception as well.

Prior to meeting with congress, 49 RVIA members were briefed on the issues they’d discuss, and assigned an RVIA spokesperson to assist in the discussions.

Some of the issues included promoting the Senate RV Caucus to other senators, and discussion of various legislation and rules.

One such rule in discussion surrounded whether transport drivers should be required to use electronic logging devices when making deliveries.

“There’s a rule in the FMCSA that mandated the use of electronic logging devices for the trucking industry, so we were asking that, when congress gets to the point when they’re going to work on a policy-type bill for highway transportation funding, then they would include some RV language that would allow transporters to have the option to either use the old paper logs or go with the electronic logging device.”

Another frequented topic centered around the need to clarify the distinction between RVs and manufactured homes in upcoming rule making from the Department of Housing and Urban Development.

Earlier in the week, HUD’s Pam Danner spoke over lunch during committee meetings, explaining that her office intends to finalize a rule that will clarify whether porches are included in measuring to determine whether a unit is an RV or manufactured home.

“She indicated that, through working with us and the manufactured housing industry, that she’ll submit a rule that adopts language that will create a comfort level for everybody on where is the break point between whether a unit is a home or a park model.”

Landers said the rule is being drafted now and is still being finalized before being submitted for public comment later this year.

“It’s more complicated, but it sounded like to me that she’s not going to count porches (in that measurement),” Landers said.