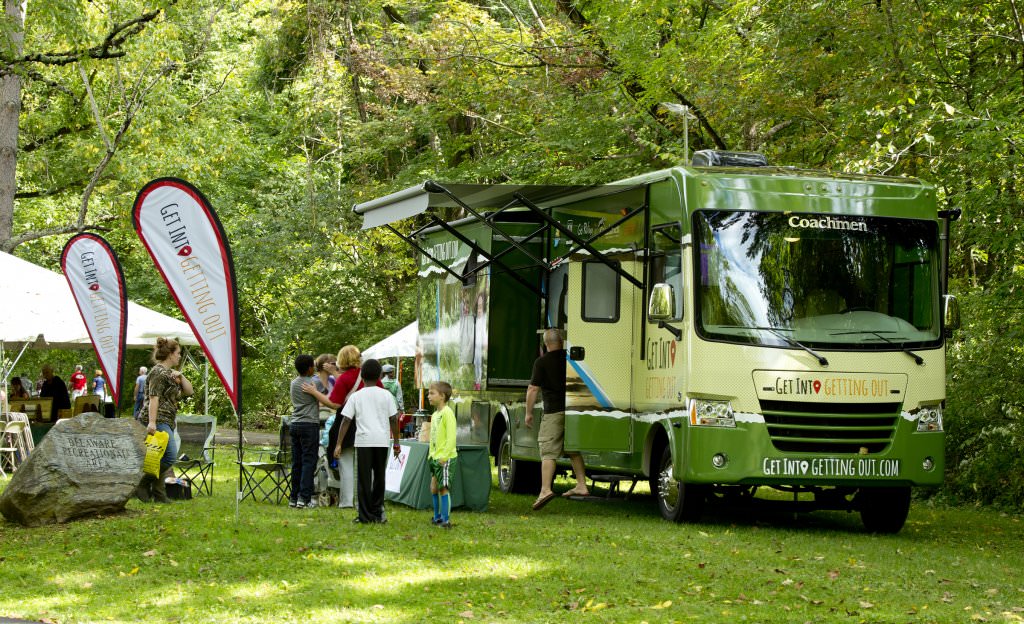 The Manufactured Housing Association and RV Indiana Council recently kicked off a two-year experiential advertising campaign designed to showcase the benefits of RVing and camping to consumers across the Hoosier state.

The campaign, “Get Into Getting Out”, features a 32-foot, vinyl wrapped Coachmen motorhome, which the Council will take to events around the state, according to RVIC Director Matt Rose.

“The idea behind it is that we’d like to put this motorhome at events and sporting events, putting it in front of people that wouldn’t otherwise be exposed to RVing and camping to raise the awareness of the flexibility and affordability of RVing,” Rose said.

The Council spent a year planning the campaign and tested the idea out at Fort Harrison State Park on Sept. 19-20 during the Ford Hoosier Outdoor Experience. Although Rose is currently planning out the scheduled stops for 2016, the results from the debut event impressed him.

“It was fantastic,” he said. “They estimate that there were over 20,000 people that came out (to Fort Harrison State Park), and I probably had three-quarters of them in and out of that motorhome.”

The RVIC selected features for the motorhome to appeal to a broad range of consumers, and Rose said those features did not go unnoticed.

“We decked out this motorhome to make it very family friendly and give them a lot of things to look at and a lot of things to consider,” he said. “Probably the biggest thing people went nuts over were the bunk beds with little flat-screen TVs in each of the beds.”

Rose expects to complete the 2016 tour schedule by the end of the year, and hopes to begin touring with the motorhome in late January.

When selecting a motorhome for the campaign, Rose said Coachmen was an easy pick.

“We went for the Coachmen because it’s a recognizable name that’s been out there for a long time,” he said. “People recognize the Coachmen name and know what it is.”