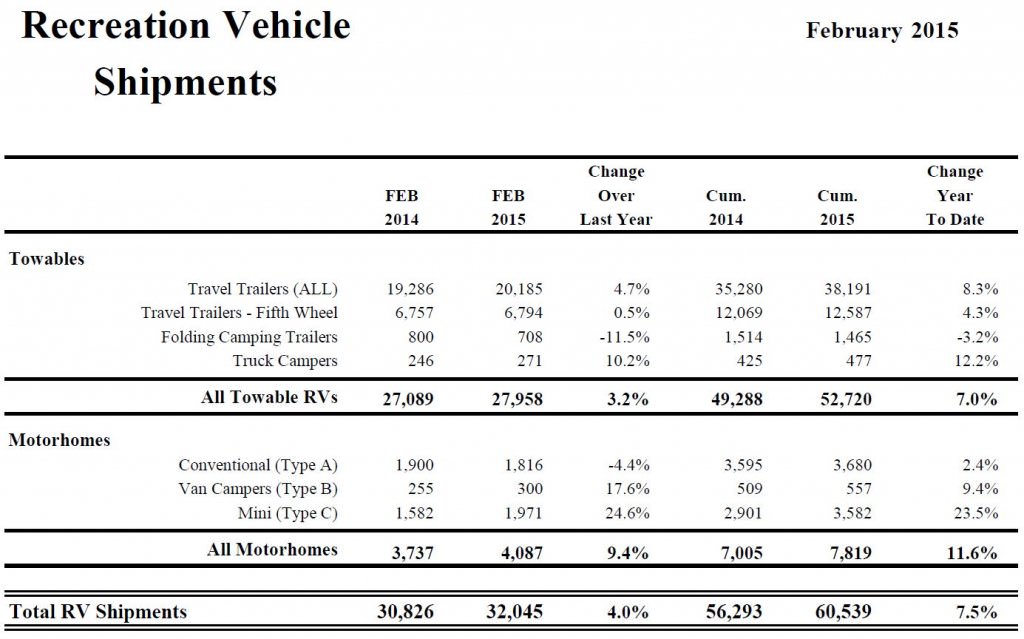 The total shipments numbers is the most in February since 2006, according to a news release.

Shipments grew in all areas, except popups, which dropped 11.5 percent, and Class A units, which declined 4.4 percent compared to February 2014.

Class C motorhomes had the largest growth, increasing 24.6 percent to widen the gap between Class A units, which had narrowed in recent months.

Through the first two months of 2015, shipments have reached 60,539 units, a gain of 7.5 percent compared to the same period last year.

On a seasonally adjusted basis, shipments through February were at an annual rate of more than 395,000 units, more than 10 percent ahead of the actual 2014 total.