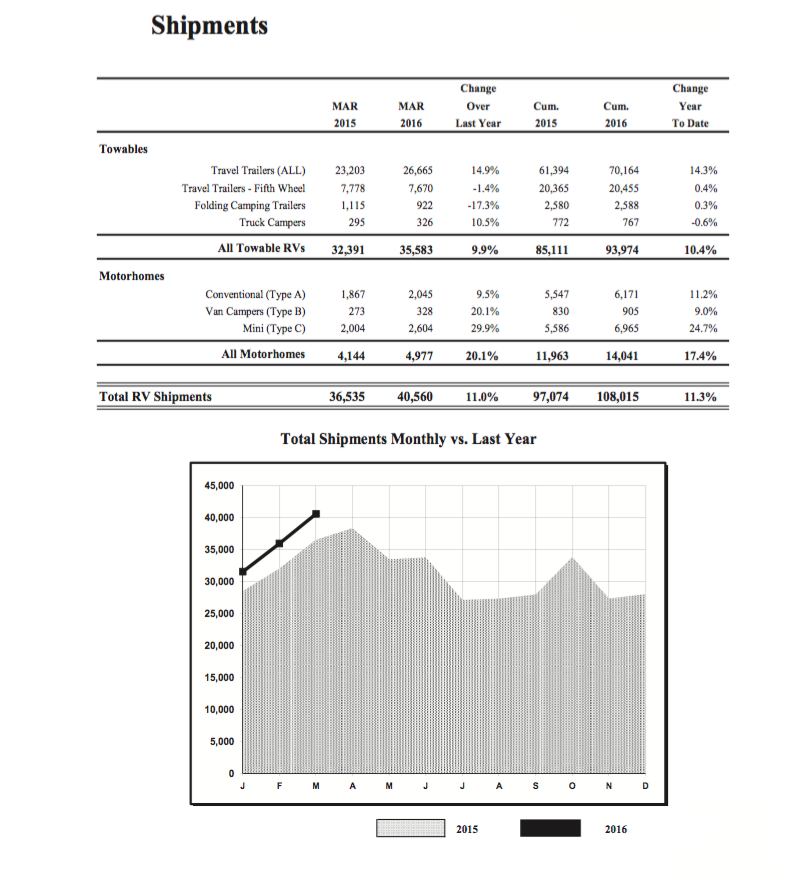 A surge in the travel trailer category helped lift RV shipments again in March, according to the RV Industry Association’s latest manufacturer survey.

Total shipments to retailers totaled 40,740 units in the month, up 13.9 percent over the previous month, ahead of the same month last year by 11.5 percent, making March the largest single monthly total for all RVs since March 2006, the RVIA reports.

Seasonally adjusted, the March total represented an annualized rate of more than 420,000 units, the highest run rate in more than 10 years.

All motorhome categories showed improvement in March, compared to the same period last year. Class A shipments were up 9.5 percent, Class B shipments rose 20.1 percent, and Class C shipments lead all motorized categories with a 29.9 percent uptick over March 2015.

Both towable and motorhome categories were reported at higher totals than this same three month period in 2015 with a greater unit increase for all towable RVs, largely conventional travel trailers, while all motorhomes improved by a higher percentage total, led by type C motorhomes. 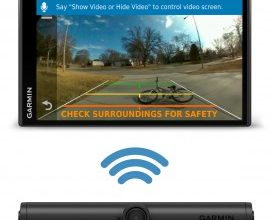 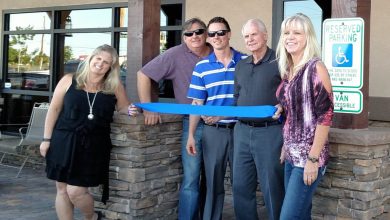