Editor’s note: This story is part of a series reviewing 2015. To view the 2015 travel trailer breakdown click here, or to see our top stories of the year click here, or here.

While travel trailers dominated the bulk of shipments in 2015, motorhomes made the biggest gains on the year. 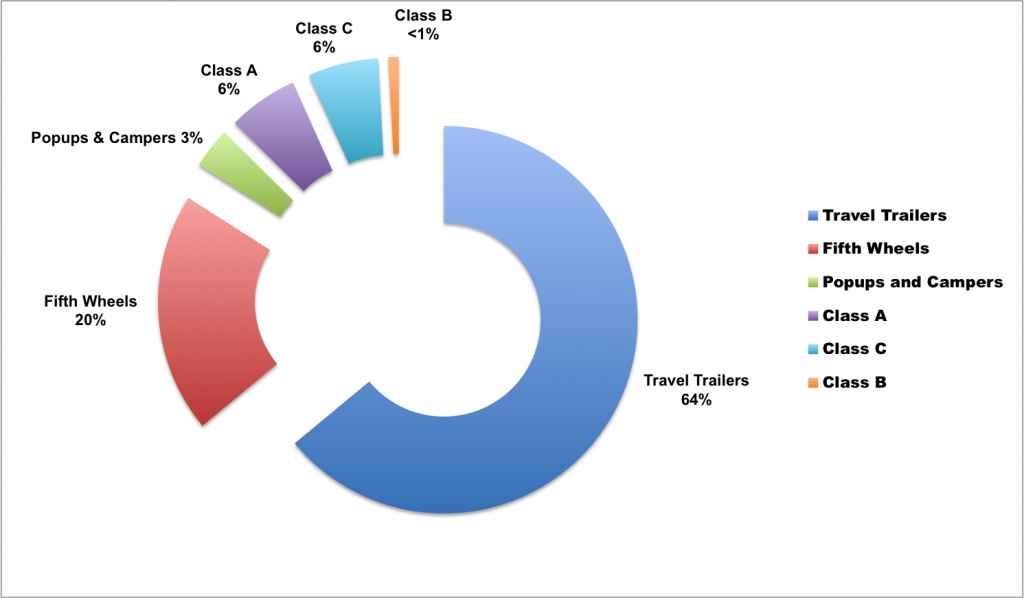 Through October, the motorized category had climbed 5.8 percent on a surge from Class C growth and modest gains in the Class B category.

Consumers appear to have skewed toward less pricey models for much of the year, leading to a 1.5 percent dip in Class A shipments, following the strong 2014 gain of nearly 15 percent. 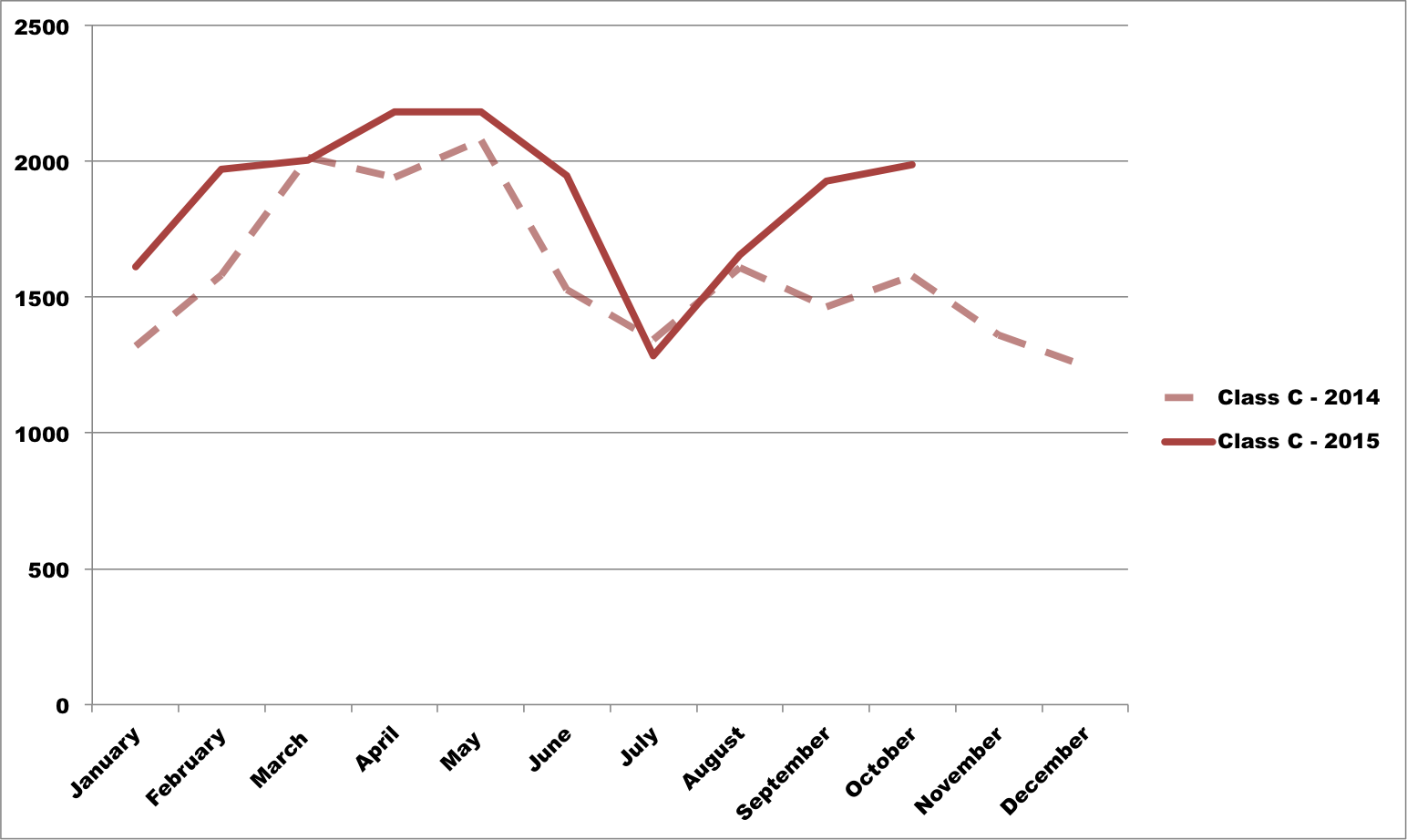 Class C shipments showed steady growth through the summer months, twice failing to eclipse previous year’s totals. However, the category broke free from 2014 numbers in September and October when shipments steadily rose for the highest totals of the year, rather than repeating a flat lining pattern from 2014. 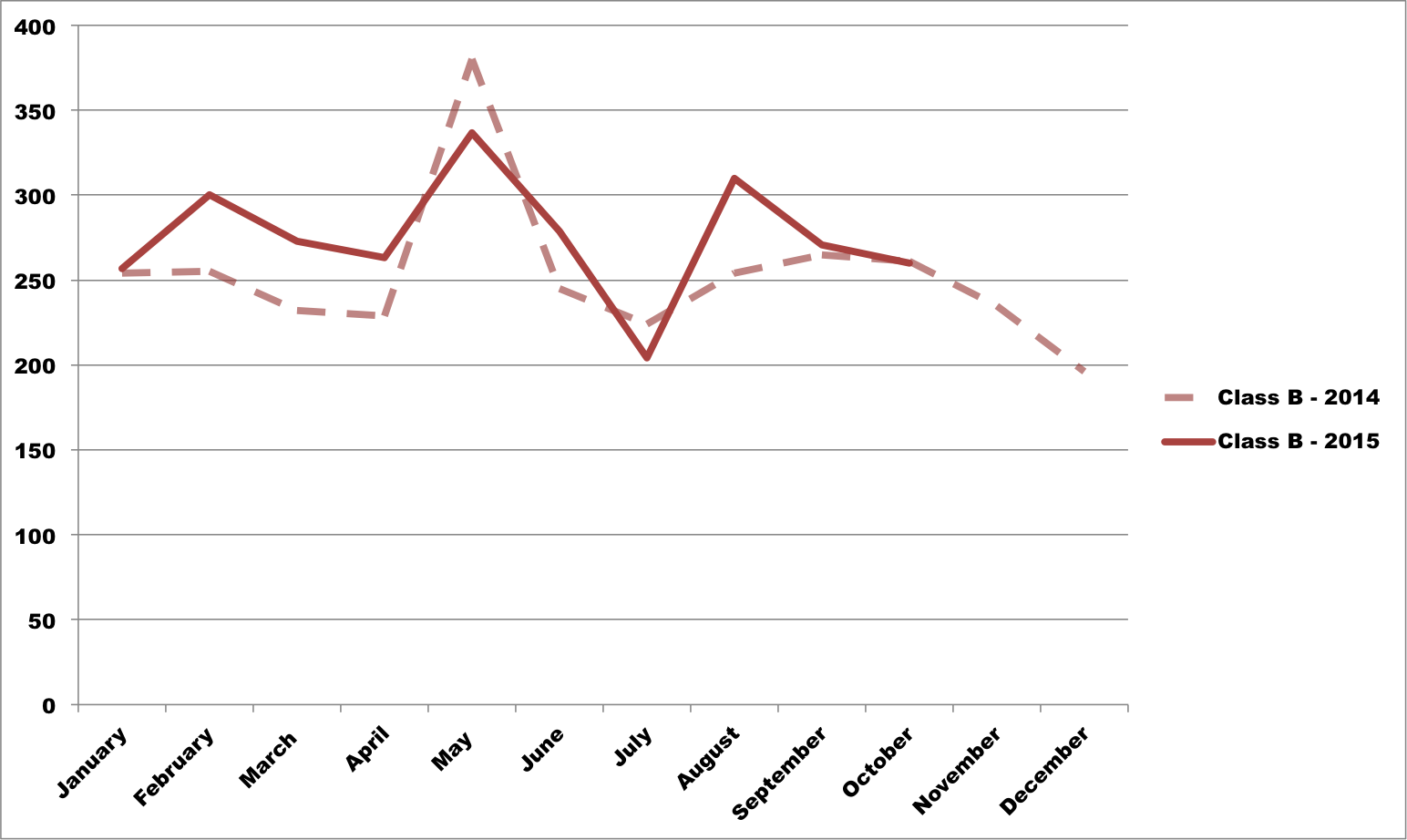 Class B shipments again showed steady growth, but have failed to meet the near 40 percent increase from 2014, climbing 7.2 percent through October, though representing only a half of one percent of total motorhome shipments. 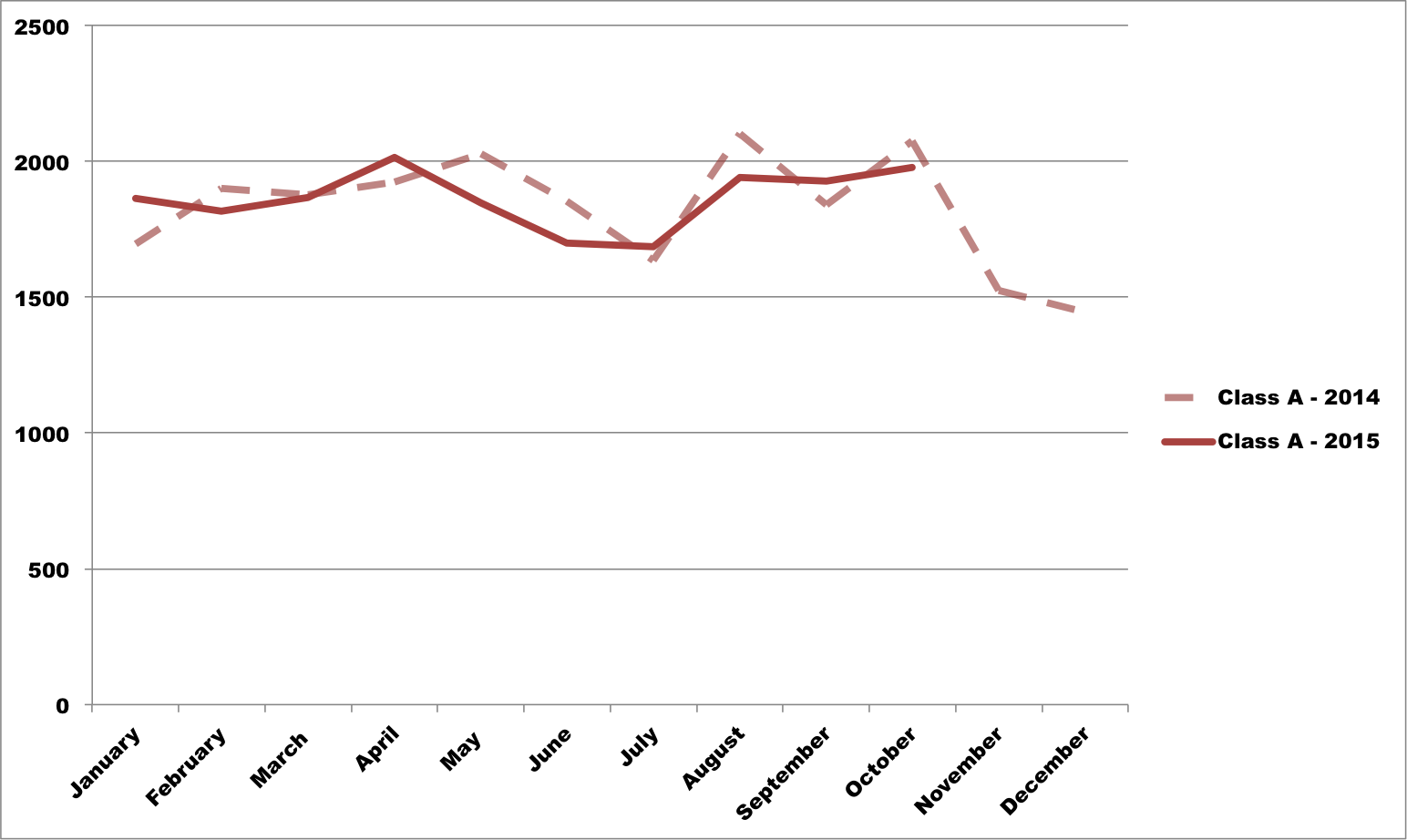 Class A shipments cruised above and below 2014 through the first 10 months of 2015, making for a relatively flat year overall for the category. 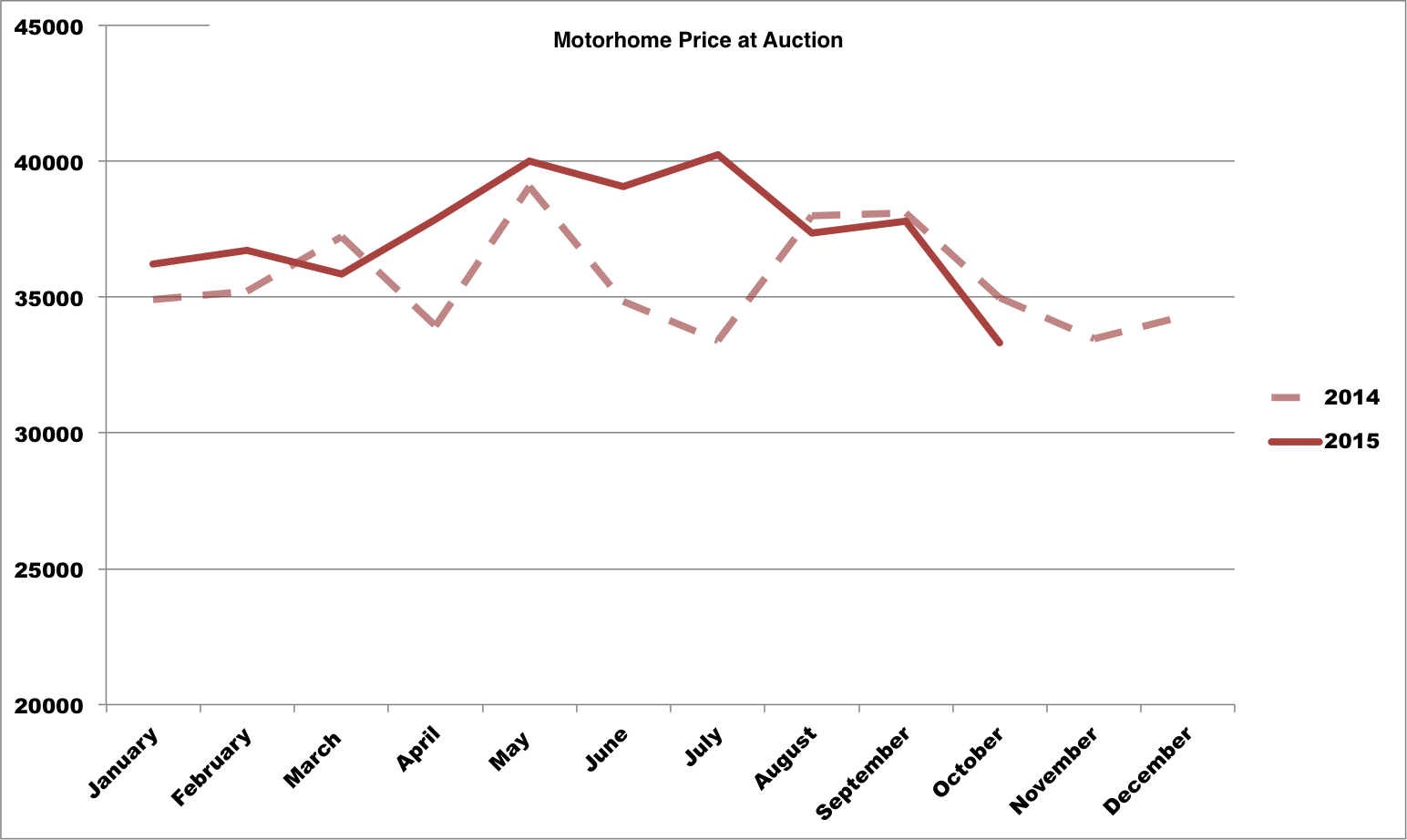 The price of motorhomes at auction remained relatively steady throughout much of 2015, but dropped below 2014 values August and failed to resurface in September and October. 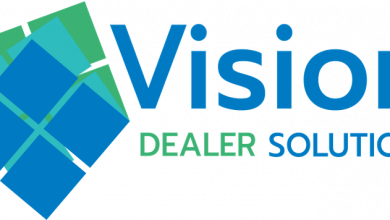 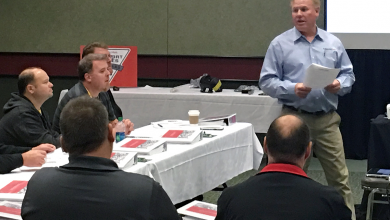