The semiconductor chip shortage rages on, hitting Subaru and General Motors hard. The Japanese automaker announced Wednesday it will stop production in Japan entirely for four days. The U.S.’s largest automaker, meanwhile, said it will idle various plants across North America this month.

While Subaru builds some vehicles in the U.S., which aren’t part of this latest shutdown, it does build the Forester, Crosstrek and BRZ at its plant in Japan. Engines and transmissions are also built at a Japanese facility. The idling will take place Sept. 7 to 10, according to the automaker, and it said it didn’t rule out further downtime if necessary.

At GM, this latest shutdown will affect full-size pickup trucks and SUVs. The company’s facilities in Fort Wayne, Ind., and Silao, Mexico, build the Chevrolet Silverado and GMC Sierra. These plants will go idle next week. In addition, the automaker’s midsize truck and van plant in Wentzville, Mo., which builds the Chevy Colorado and GMC Canyon, will go offline for two weeks starting Sept. 6.

Meanwhile, production at GM’s plants in Spring Hill, Tenn., and Lansing Delta Township in Michigan will shutter. In Michigan, GM issued two additional weeks of downtime to halt Chevy Traverse and Buick Enclave production. In Tennessee, Cadillac XT5, XT6 and GMC Acadia will be affected. Production will be offline for two weeks this month.

All of these moves will likely exasperate the current new car inventory crunch. Dealers are already short on new vehicles as a lack of chips hurts production, which has sent new car prices to new heights. The average price of a new car continues to sit at over $40,000.

Click here to see the full story from Sean Scyzmkowski at CNET.com. 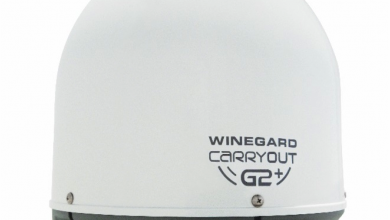 Elkhart Plant to Get $3 Million Upgrade