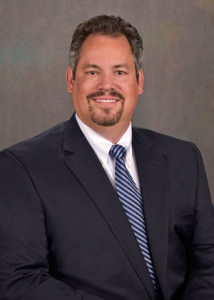 Proposed TriMas spinoff Horizon Global Corp. will be a Delaware company headquartered in Bloomfield Hills, carve away 2,700 of its parent’s 7,000 employees, and cut aggressively into production costs.

And these moves will help keep a lid on debt, according to its leadership, Crain’s Detroit reports.

Mark Zeffiro, group president of the Cequent companies at TriMas and President-CEO of Horizon Global — pending approval from the U.S. Securities and Exchange Commission — told listeners on an investor conference call last week the $612 million segment is still on course to separate from parent company Bloomfield Hills-based TriMas by mid-year.

The company also expects to improve its 2014 operating profit of about $38 million for the Cequent operations by 1 percent this year, and shave $4 million to $5 million between executive costs and some early retirements after consolidating Plymouth-based Cequent Performance Products with Cequent Consumer Products.

The Cequent Group, which would separate into Horizon, makes towbar and trailer accessories, wiring harnesses and related products and would have operations in 10 countries. Horizon would be headquartered in another suite of the same Bloomfield Hills building as TriMas for an “indeterminate” time.

The non-Cequent business segments of packaging, aerospace, energy and engineered components will remain with TriMas after separation.

Cequent Performance has about 250 employees in Plymouth. Zeffiro also plans to focus on developing Draw-Tite, Reese and Hayman Reese as key brands among the more than 20 product names in Horizon’s portfolio.

“It doesn’t mean the rest of the brands are going to go away. It does mean we’re looking at ways to change how we allow time, effort and capital to those smaller brands,” he said.

Zeffiro acknowledged the new company will be a more cyclical and lower-margin business than TriMas as a whole, but its leadership is prepared for that. Cequent Americas and Cequent APEA had operating margins of 6.9 percent and 4.6 percent respectively in 2014, while some TriMas segments have margins above 15 percent.

“It’s not the first rodeo for this management team,” Zeffiro said. “They know exactly what to do when demographics and (economic) cycles change.”

Executives at the presentation also said the post-separation Horizon Global is aiming to cut 2 percent to 3 percent from global production costs annually. Part of the savings could come by consolidating from more than 80 supplier companies in China to fewer than 30, and from plant consolidations.

Horizon also will not assume any TriMas debt, but pay a dividend back to the parent company, which is likely to go to debt service (TriMas was carrying about $690 million as of Dec. 31).

The company will pursue mainly modest acquisitions of companies that either immediately improve margins and earnings per share or are “on a clear path to becoming so” at closing. Analysts Walter Liptak of Global Hunter Securities and Nicholas Heymann of William Blair & Co. both affirmed prior positive investment ratings for TriMas after the Thursday presentation, according to Bloomberg.

Shares of TriMas trended upward the day of the presentations but retreated by Friday afternoon to $29.50, about where it had traded earlier in the week.

It was not yet clear how TriMas equity will divide into Horizon shares. The company plans a follow-up S-1 statement to the SEC within two weeks.