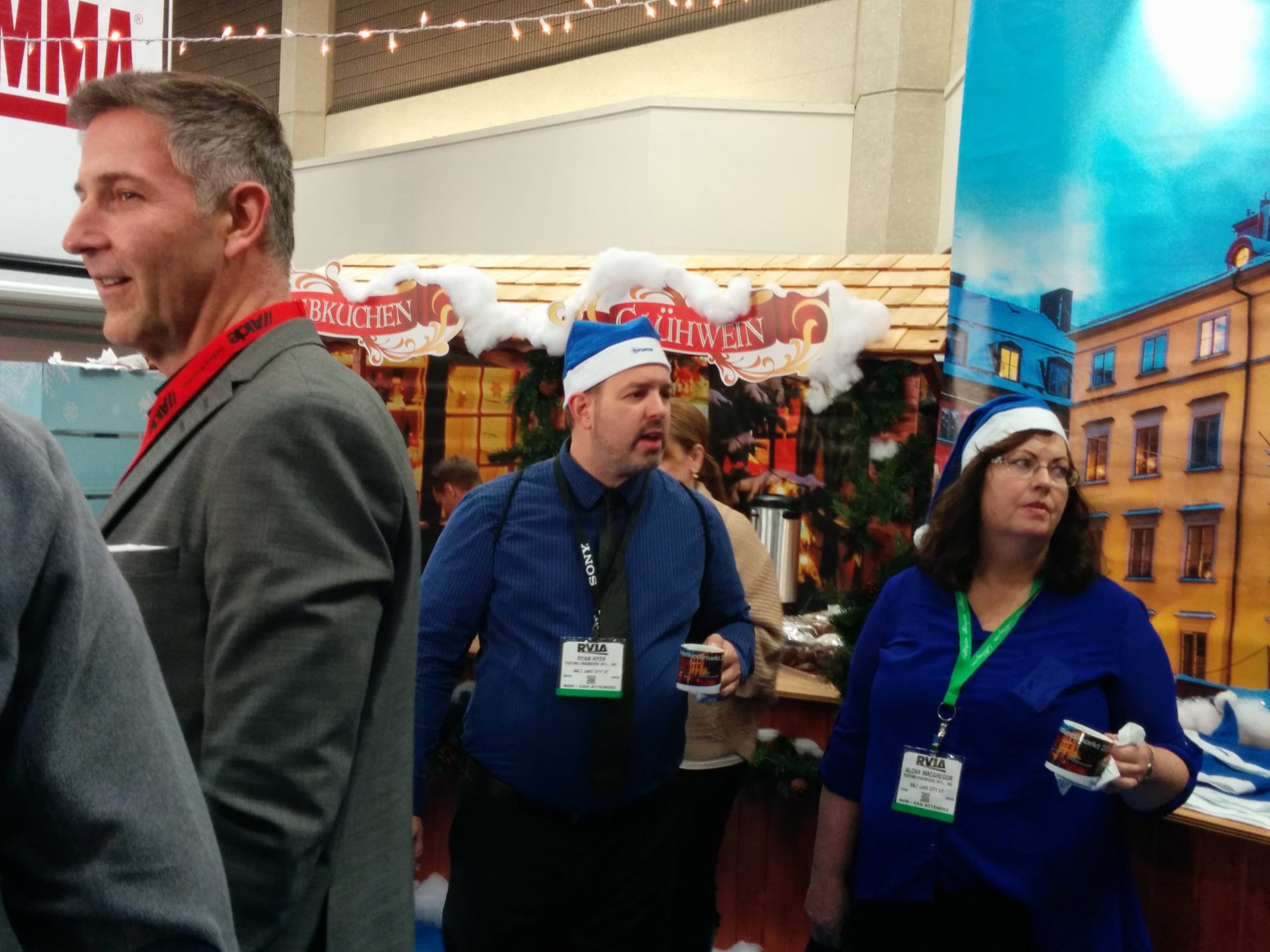 About 75 people attended the hour-long event, where Truma employees donned blue hats and served warm spiced wine and frosted cookies at its booth.

But the company was hoping to draw attention to more than German culture with the party, which featured a Truma AquaGo Hybrid heater, which warmed and dispensed the warm wine to guests at the Christkindlemarkt party. By the end of the event, the AquaGo dispensed more than 300 cups for event guests.

Throughout the show, the company has showcased the new heating system that the company said delivers an endless flow of hot water at 120 degrees.

Truma Vice President of Sales and Marketing Elden Wood explained to a dealer a day earlier at the show that several features on the AquaGo Hybrid set it apart from its competitors, namely its ability to buffer against temperature fluctuations.

“All tankless heaters use the same type of technology, and that is basically a burner beneath a radiator,” Wood told the dealer. “The problem is that when you’re using a single-stage burner that comes on and off, it’s either full blast or nothing at all.”

The traditional setup can create fluctuations in temperatures, especially when low flow volume, such as that used to fill a coffee mug, switches the water on and off quickly, Wood explained.

To work around this, Truma’s hybrid system utilizes a small interior tank, where heated water swirls in a cyclonic motion to mix the water and provide a buffer against temperature fluctuation.

“There’s no silver bullet with this, no one thing solves the fluctuations,” Wood said.

Another feature that contributes is the unit’s 60,000 BTU burner.

“At the end of the day, it always boils down to physics,” Wood said. “When you’re flowing a certain amount of water through an exchanger at a certain rate, you have to have a minimum amount of power to heat it up fast enough before it comes out.” 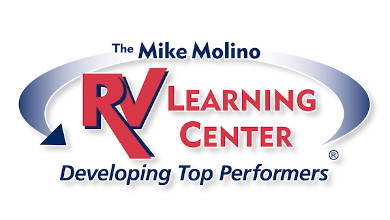 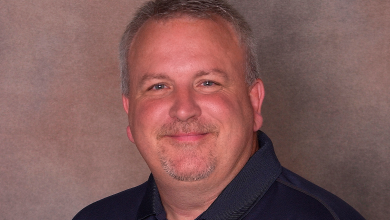 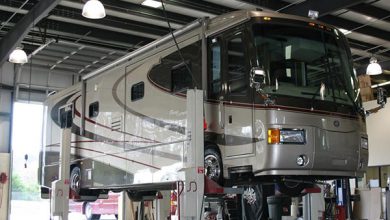 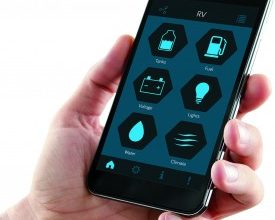