Authorities in St. George, Utah, are seeking information from the public regarding the theft of an RV from a St. George auto dealership. The vehicle was later located abandoned in Las Vegas.

According to the St. George News, around 2:40 p.m. Tuesday, April 6, a 2005 Winnebago Vectra valued between $80,000-$100,000 that was being kept in a dealership backlot on Hilton Drive was stolen. Authorities said they suspect a group of people seen staking out the premises for a few days before the theft.

St. George Police Officer Tiffany Atkin confirmed that the vehicle was reported stolen and that officers were investigating the theft. After reviewing security footage, the dealership said they identified a trio of suspicious vehicles that had been lingering around the lot for the past few days.

To read the full article from Amman Teare, click here.

In a statement to police, the dealership said a black Kia Telluride started visiting the parking lot where the RV was parked near midnight Saturday. It returned and made the same trip up and down the entryway multiple times between Saturday and Monday, sometimes idling for as long as 45 minutes. 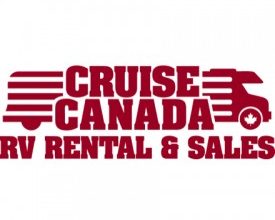