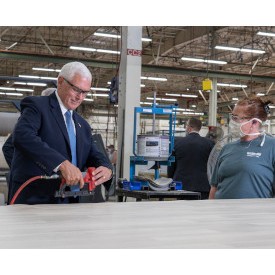 Vice President Mike Pence offered an optimistic view of the nation and heaped praise on President Donald Trump during a speech Tuesday at Winnebago Industries in Forest City, Iowa.

Pence few to Mason City and after sitting down at a diner with Iowa Gov. Kim Reynolds and Lt. Gov. Adam Gregg, spoke at Winnebago. Pence stood before a giant American flag to address a crowd of about 250 people, most of them plant workers who were spaced out before him.

Pence focused most of his 24-minute speech on efforts to reopen the economy after many businesses ceased operations to slow the spread of the coronavirus, which has killed at least 665 Iowa residents. The vice president lauded Winnebago and said he expects that manufacturer to succeed, noting “America is hitting the road in American-made RVs.”

Click here to read the full report from the Associated Press.

Click here to see the report from KCRG in Cedar Rapids, Iowa.

Pence also touched on the death of George Floyd, calling it a “tragedy and a disgrace” but adding “there’s no excuse for the rioting” that followed the black man’s death after a white Minneapolis officer put a knee on his neck for more than eight minutes. 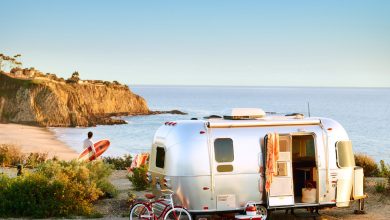 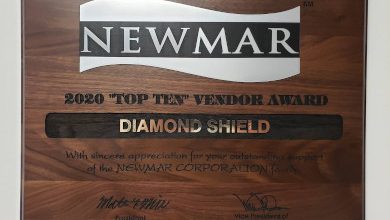