Monthly shipments of new RVs were very strong, we learned this week, but wholesale RV prices seem to be losing their luster compared with a year ago, according to the latest monthly report from Eric Lawrence at Black Book.

“The economic news has been generally negative for the past several months, with many articles talking about inflation, the falling stock market, high fuel prices, and the possibility of a recession. Against this gloomy backdrop, the values of both motorized and towable RVs declined from the previous month,” Lawrence said. “Auction volume was down as well, which is not terribly unusual for this time of year.

“Auction volume was down: motorhomes dropped 21.7% while towables declined 3.8%. 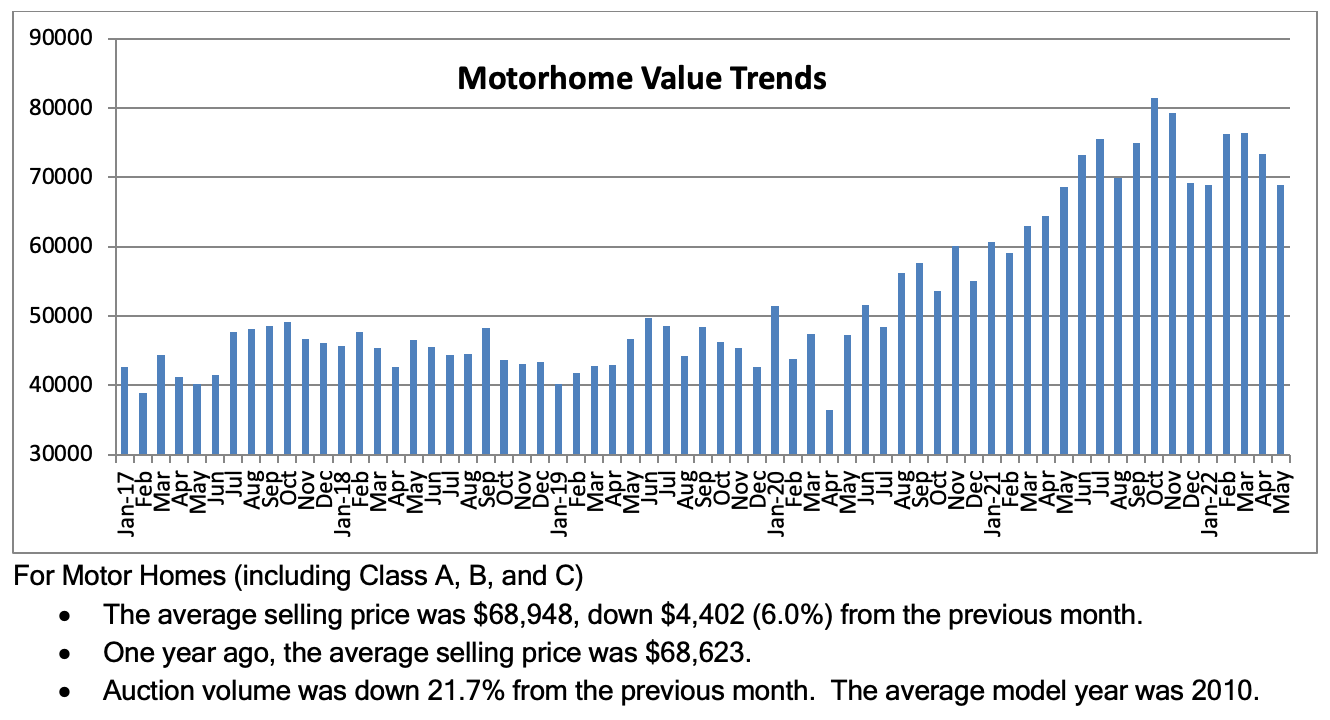 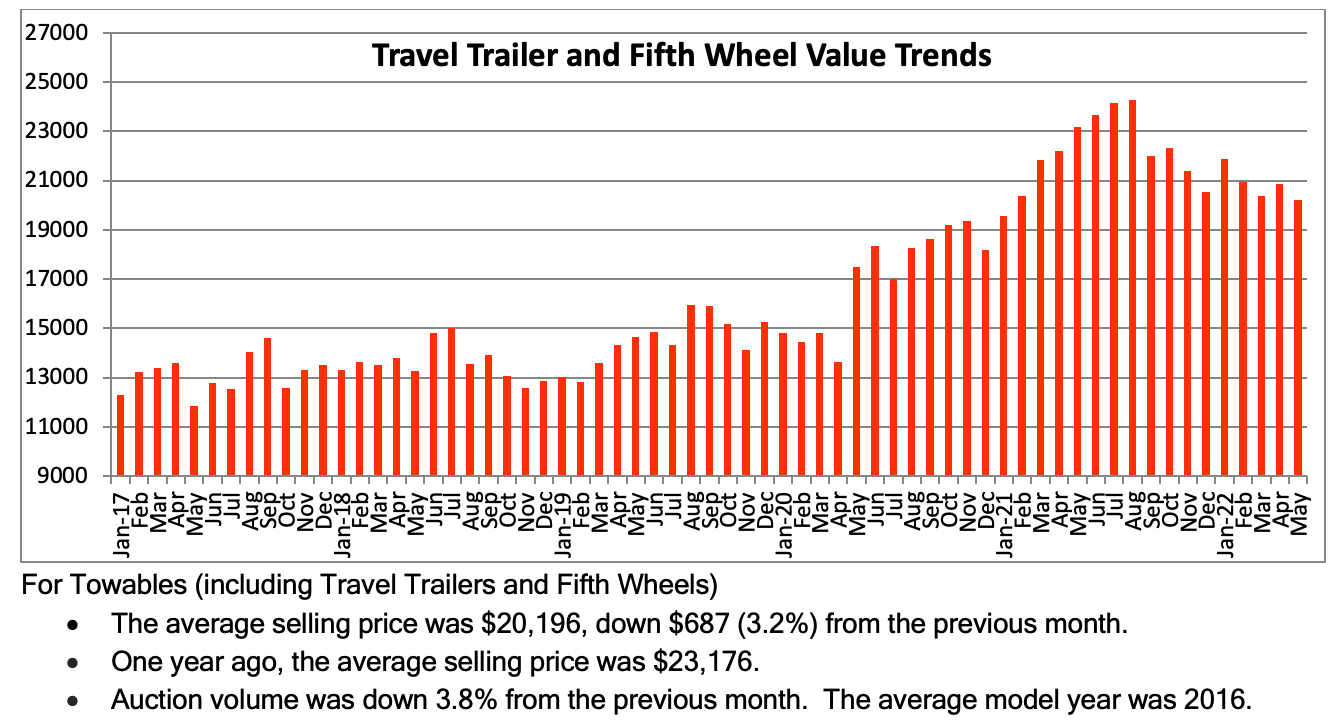