Winnebago revenues increased 64 percent in the second quarter of fiscal 2017, with gross profit increasing 95 percent, according to the company’s quarterly report.

In its first full quarter with Grand Design as part of the company, revenues for the towable segment were $172 million for the quarter, up $151 million over the prior year.

“In our first full quarter with Grand Design as part of our organization,” stated Happe, “we continued to deliver significant wholesale and retail growth in our towable segment, enabling us to reach our highest level of consolidated gross margin in nearly a decade. … As we move into the second half of 2017, we intend to build on this momentum by further expanding Towable market penetration and working diligently to improve future results for our motorized business by strengthening product value and leveraging our reputation for industry leading customer service.”

As reported, there were some significant items impacting income before income taxes in the second quarter of Fiscal 2017. For one, Winnebago’s decision to terminate its postretirement healthcare plan effective January 1, positively impacted the quarter by $12 million net of tax, compared to prior year postretirement health care benefit income of $1.6 million. All of the benefits of this plan termination have now been recorded in the financial statements and there will be no further impact on a prospective basis.

Related to the Grand Design acquisition:

Excluding these items as well as depreciation expense, consolidated adjusted EBITDA (a non-GAAP measure) was $29.1 million compared to $13.3 million last year, an increase of 118.5%.

Regarding their motorized segment, revenues were $199 million for the quarter, which was down 3 percent from the previous year. Although unit deliveries were up 3.6 percent over the prior year same quarter, the average selling price of product sold decreased 5 percent due to a shift in product mix. The segment-adjusted non-GAAP measure (EBITDA) was $9 million, down 22 percent from the prior year. Adjusted EBITDA decreased 110 basis points, primarily driven by product mix, pricing pressures and acceleration of West Coast operations.

Revenues for the towable segment were $172 million for the quarter, up $151 million over the prior year. This was driven by the addition of $144 million in revenue from the Grand Design acquisition and continued strong organic growth from Winnebago-branded towable products in excess of 36 percent. Segment-adjusted EBITDA was $20 million, up $18 million over the prior year. Adjusted EBITDA increased 400 basis points primarily due to the inclusion of Grand Design’s products within this segment.

As of February 25, Winnebago had the total outstanding debt of $330 million, and working capital of $142 million. The debt to equity ratio was 82 percent, and the current ratio was 1.9 as of the end of the quarter. Cash from operations improved by $14 million compared to the same period last year. 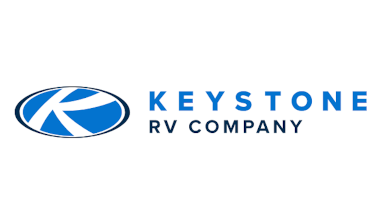 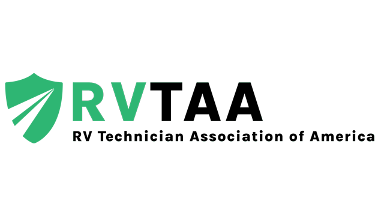 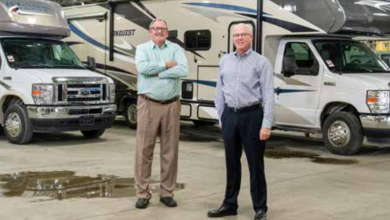