The more things change, so the saying goes, the more they stay the same. For Blue Ox, it’s a fitting description.

After all, the nearly 100-year-old company is still owned and led by a member of the Hesse family, and towing products remain the focus. Everything with a Blue Ox label is still built in Pender, Nebraska, too, and almost every component is made in the United .States, just like they’ve been for decades. At the same time, things are definitely changing, according to Mike Hesse, CEO and chairman.

“We like to drive our own destiny, and we feel that we can do that through automation and through producing as many products in-house as possible. That way, we’re only reliant on ourselves versus being reliant on a number of other suppliers,” says Hesse, who bought Blue Ox in 2017 after returning to the family business three years earlier. “Now, with that being said, we’ve got great suppliers, but the last two years have proven to be extremely challenging in regards to getting supply in.”

Thankfully, Hesse, the fourth generation of his family to run Blue Ox, and his senior leadership team already had a plan in motion to make more of its well-known hitches, tow bars and flat tow brakes.

“Over the course of the last five years, we have invested a lot in capital expenditures for robotics,” he says. “We have a great workforce, and we have multigenerational employees at our facilities with that great Midwest work ethic, but Pender, Nebraska., is a town of 1,000 people, so for us to continue to expand, we just don’t have the workforce to be able to do that. So, to offset these great employees that we have, we started getting into more robotics.”

Robots are now welding, stacking, and laser-cutting steel in a fraction of the time their human counterparts could do the work, he says, and they operate constantly.

“What Blue Ox does is build extremely high-quality products,” Hesse says. “The equipment that we have and the investments that we’ve made not only allow us to be able to produce more products, but also allow us to make the products easier for our dealership partners to install. It’s a dual opportunity there where we’ve been able to increase our business and actually provide, in my mind, better service for our customers.”

The expansion effort that began in 2017 grew threefold in 2020, according to Hesse, and is by far the most expensive in company history at $15 million. By the time the dust settles, the company’s manufacturing plant in Pender will almost double in size to 185,000 square feet.

“It’s not the cheapest time in the world to be building, but it is the right thing to do as we continue to expand our footprint, not only in regards to market share on our core products but in regards to expanding our product portfolio as we go into the years to come,” he says. “That’s what the expansion in all about.”

The biggest, and perhaps most critical, part of the expansion is a fully automated paint line that Hesse is anxious to get online.

“From the time we placed the order last year, it’s taken a full year to deliver that paint line and then it’s going to take 17 weeks to install,” he says. “This is the same paint booth that the Ford plant has for the undercoating of all the new Broncos. It’s an unbelievable system. Right now, our paint line is our bottleneck. We run that thing 24-7 and we have 10 employees doing that, so now we’re going to be able to take those workers and apply them into other areas of the plant. Now we’ll have an e-coating system which, again, is going to enhance the quality of our finished products and allow us to get into new products.”

Blue Ox runs both a day and a night shift each weekday in Pender, plus a lighter shift on weekends, even as automation has been implemented in the facility. That’s a reflection of how much the company has grown in the last five years, according to Hesse, amply justifying the multimillion-dollar project.

“Five years ago, the primary welding that had to be done is on the heads of our weight distribution hitches. A human welder can do six of these an hour. We now have rows of machines that can do 60 an hour,” he says. “When you’re limited in regards to your workforce and your numbers and what you can get, automation is your only route. It’s the only way you can ramp up throughputs. You could never do that with welders because we’re talking about welding. It’s such a great craft but it’s a craft with fewer and fewer individuals getting into it.”

As Blue Ox expands its manufacturing capabilities, it’s also ensuring people know how to use its products.

“We now have five total trainers and we have four trainers that travel around with these Blue Ox trailers and we’ve got another one of those on the way. We’re everywhere. Every time we bring on a new dealership or new dealership group with our products, we go out and we educate. We don’t want to just educate the parts staff or the service staff. We want to educate the sales staff as well in regards to why they’re utilizing Blue Ox and why Blue Ox is so important for their end customer,” Hesse says. “Part of sales is going out, obviously, and getting a customer to want your product, accept your product, and allow it to be utilized, but the other piece is to make sure their team that’s implementing it is educated across the board. We put a ton of time, energy and resources into educating our customers.”

It’s part of the legacy passed on from Hesse’s father, Jay Hesse, who led Blue Ox into the RV industry in the mid-1980s and helmed the company, started by his grandfather, as president from 1987 until his passing in 2014.

“One thing I get from my dad, and we’ll never stop doing this, is we continue to go to every rally that we possibly can. Why? Because we’re trying to educate the customer,” he says. “That’s how my dad built the business. That’s what we’re trying to do now, especially as we develop more and more new products and get into more new industries. We’re trying to create that bond with that customer and that customer is not just the end user, it’s also the dealer as well and the distributor who’s selling our products to the dealer for the dealer to sell to the end user. So, we’ve got a chain and we feel that education is paramount.”

Blue Ox continues to roll out new products, too, and Hesse is looking forward to the release of a fifth wheel hitch that’s been testing in the field for more than a year.

“I think we’ve got a big win to get into that space. Again, that’s just one of many new products that’s in the pipeline at Blue Ox,” he says. “I’d like to think that we’re good listeners. We like to listen to our customers and what they’re desiring, and honestly, that is how we’re developing.”

According to Hesse, product rollout is a balancing act. In addition to customer input, management much must consider its manufacturing capabilities, both present and future, as well as the potential value-add Blue Ox can offer to the market. Sometimes, the company has to say no to some suggestions. 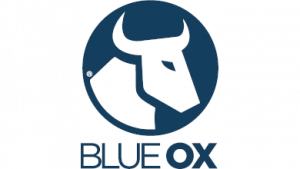 The importance of market share, especially among the crowded weight distribution hitch space, is top of mind for Hesse.

“We started with the SwayPro over a decade ago, and it has very much started to gain traction but it was that premium level, so over the course of the last couple of years, we launched the TrackPro, which is an extremely high-quality hitch but at more of a medium-tier price. We also launched an entry-level hitch on the weight distribution side,” he says. “This gave us that good-better-best program, which has allowed us to come in and really start taking market share out there. Those have been huge for the company as new products over the course of the last couple of years and where a lot of our automation has geared us.”

Hesse is especially excited about what he is calling a “plethora of new products” set to debut during the next 12 to 18 months that are geared toward the automotive industry. Not only that, but they’ll be showing up on the shelves of big-box retailers. That’s new ground for Blue Ox, but one he says is possible thanks to the expansion plan.

While at least one industry analyst recently claimed the red-hot demand for RVs is cooling down, Hesse has a more positive view on the subject.

“Everyone started appreciating the experience and there’s so many great places to visit just in this great country alone. So, RVing – what a great way to get there. I think, in general, COVID has heightened and increased that demand for people wanting to go on vacations,” he says. “I think the RV industry will remain strong.”

Headwinds, of course, still exist, Hesse notes, in the form of high interest rates and record fuel prices, but even if RV production slows slightly, that means hundreds of thousands still are being produced.

“We very much monitor the retail sales. We want to know what the retail sales are, so we know now that the dealerships are getting stocked up, which is great, and there’s a lot of RVs on order, but again, at the end of day, our opinion is the industry goes up, the industry does down. That doesn’t matter. If we’re going out and producing more and capturing more market share, that’s how we’re going to grow our business.”

“What I care about more than anything in regards to driving our business is how we’re educating that customer to love Blue Ox products and then, long term, become loyal to our products.”