Doing one thing well may seem straightforward enough, but it’s the rare company that can stick to such a viewpoint for the long term. Thankfully for travel trailer and toy hauler owners across the country, Progress Mfg. – maker of the popular Equal-i-zer sway control hitch – is such a company.

So, how popular is it?

Users like the Equal-i-zer so much they’ve ranked it the top sway control hitch in a popular RV enthusiast magazine’s readers poll annually for the past seven years. Sales are so brisk, Progress is enlarging its Provo, Utah-based facility to handle more output. The company is even bringing out a 16,000-pound-rated model this spring in response to growing demand for something to match the towing capabilities of the latest heavy-duty pickups.

The company that started life in 1945 under another name by founder Ed Hedgepeth did well with the Equal-i-zer, which was a pioneer among weight distribution hitches. Notably, the business earned its first patent – of eight – in 1951.

However, after the 1973 oil crisis, the company wouldn’t fully regain its stride until the 1990s.

Today’s Equal-i-zer looks quite different from the drawings Hedgepeth sent to the patent office in Washington, D.C., all those many years ago. That’s a good thing, according to Anderson, as it proves Progress is continuously improving the design.

“With just the bracketry that attaches to the trailer, we’ve gone through multiple changes and improvements over the years,” Anderson says, “and those make it so that the dealer can attach and install the hitch more quickly, they fit more trailer styles, plus they make it easier for the consumer to adjust and change the hitch if they need to.”

That’s just one innovation from the company’s 12-member engineering team, he says.

“They’re constantly challenging all the different products and the different metals and they’re always looking for either a more effective spring steel or more strength,” Anderson says. “We have a lab where we have static test fixturing. We can put a hitch into a big frame that holds everything very rigidly and then we’re able to push it hydraulically in all different directions.”

In addition to stress testing, Progress also conducts cycle tests on its hitches to simulate actual working conditions. SAE International standards testing is done in-house as well to ensure the products will receive an SAE stamp when they’re sent to independent labs.

The company also prides itself on building every hitch and all components with U.S.-made steel, a statement Anderson says helps Equal-i-zer stand out from its competitors.

“We’re using suppliers that we’ve been using for nearly 50 years on some components. On others, funny enough, the steel industry about 10 years ago had a big rollup and so some of them have a different name now, but they’re the same company,” Anderson says. “We’re actually visiting those mills and working with them to make sure that not only do we get what we want, but we also understand metallurgy to the point that we can recipe our steel as we need it.”

Once materials make it to the company’s 80,000-square- foot production floor, the scrutiny continues.

“We do what’s called capabilities studies where our quality team actually goes out onto the floor and randomly – and also in an ordered manner – observes a process to verify that the operation is following the standard operating procedures for that process,” Anderson says. “Then, they have conversations with those operators so that the operators are able to give feedback and input on what could be done to improve the process either for quality or for safety or for efficiency.”

Then, individual parts are measured.

“We’re looking for even slight variations from the expected production,” Anderson says. “Let’s say there’s a hole being drilled in a product. It has to be centered and it can be out of center by an eighth of an inch. Our quality team is checking those processes to make sure that if that hole is trending out by even a hundredth of an inch out of center, they will then adjust the whole system to get it back into center well before it gets out of tolerance.”

The goal is to catch the potential for out-of-tolerance products before they’re ever made and every process in the system is evaluated monthly to ensure tolerances. Anderson believes it’s a task that pays huge dividends once the hitches leave the factory.

“It matters in not only how well the hitch goes together – because when you’re installing the hitch as a dealer, you don’t want to find out that there’s a hole out of place that you can’t get a bolt in – but it matters even more to that end-user. We really think that’s what sets us apart from the competition,” he adds. “They don’t care that much – they just want to pass within tolerance of the quality spec so they get paid.

“We have to deal not only with the dealer, but the end-user, and so we take care of all of them. That’s why we can offer a lifetime warranty on the product.”

Besides making the Equal-i-zer better, Progress has made sure to offer hitches for practically every RV customer. In the 1990s, when Anderson joined the company, most trailers weighed 10,000 pounds or less; today, weights have increased, so the Equal-i-zer has followed suit.

“When toy haulers came out, that’s when we moved up to that 14,000-pound capacity hitch to handle that toy hauler market,” he says.

After the Great Recession, when lighter and smaller trailers debuted, the Equal-i-zer became available in a 4,000-pound capacity model.

“It’s really quite a small hitch, but it’s still very effective at not only the weight distribution, but also the sway control, which is very important when you’re towing with a small tow vehicle. It becomes even more critical,” Anderson says.

The company’s latest innovation is the 16K hitch, and with its 1,600-pound tongue weight rating, it should prove just the ticket for heavier towables, according to Anderson.

“Our product will not only keep that trailer hooked on – it will provide the weight distribution and sway control benefits to go with it. That’s really one of the differences in us: We know towing,” he says. “We’ve been doing this a long time and we know what we’re doing.

“We truly understand the forces involved with weight distribution and sway,” he adds. “We understand the long-term forces that a trailer puts on a product and so we design, I daresay, a heavier and stronger product than you’ll find from other manufacturers.”

And that’s a sticking point for Anderson.

“The scary thing for us – and as an industry, I think we need to be more aware of this – is that new owner who buys an inferior quality product and then they get on the road and they don’t realize there’s something better,” he says. “They just have a horrible experience. Their family who is in the vehicle never wants to go out in their travel trailer again, so they sell it.

“And let’s face it, as a whole industry, we’re all fighting for the same money that could be used for a pool, a condo membership, snowmobiles. We’re trying to get leisure dollars as an industry, and when companies sell those inferior products, they’re really chasing people out of our industry.”

That means Progress depends on consumer education, so the company has both inside and outside sales teams. It also utilizes Dealer Resources Group rep firm associates to ensure coverage across the U.S. A similar arrangement with a representative group in Canada handles dealers north of the border.

As for personnel, Progress employs about 100 people and goes to great lengths to keep them.

“We’re in Utah, which is one of the fastest-growing economies in the nation, and we’re in the middle of Silicon Slopes, they’re calling it, so next to the Bay Area, we’re one of the tech hubs of the world. Jobs are plentiful. We have to work hard to keep people happy with their jobs and engaged, because there’s a lot of really good jobs around us people could go get,” Anderson says.

When Anderson came on-board in 1994, Progress was small enough to have a family atmosphere. As the company has grown, maintaining that feeling has been a top priority. One-way Progress has done that is by giving back to the community.

“That’s been a philosophy we’ve had and carried on for quite some time. It’s really an integral part of the company and the people who work here,” he says. “We view our company as a place that people can work in a way that empowers them to provide for their families, serve the Lord and leave a legacy of good. It’s right there in our mission statement.”

Employees are divided into teams and given an amount of paid time and company funds to serve in ways such as guiding disabled vets through a local tulip festival, putting on a carnival for disabled children, or helping to clean city parks and facilities. “One of my favorite ones was fixing up a sidewalk, laying sod and preparing a playground for a place called ‘Kids on the Move,’” Anderson says. “They teach families how to work with their disabled children.”

The teams also serve another purpose: Given that they are composed of employees from different departments, they introduce people who might not have otherwise met and help prevent silos from developing in the company.

As for the future, Anderson assures Progress will not stand still.

“We’re going to expand our specialty shanks,” he says. “We’re finding with the truck craze, there’s a lot of people lifting their trucks even higher than they were before, so we’re coming out with shanks with even deeper drops than we already offer.”

The company also is expanding its 2.5-inch hitch shank line, a growing market segment with heavier RVs, based on dealer feedback. 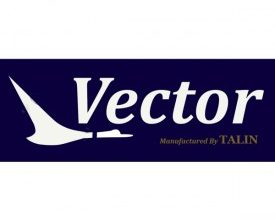 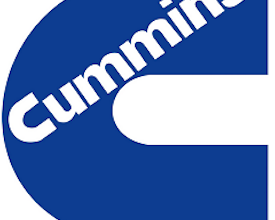