A prime freeway location, showroom and a fully shaded sales lot might be on the wish list of many a dealer – yet those items can demand plenty of capital and operating expenses.

In today’s digital world, such niceties aren’t necessary for success, according to John DeHoff of Leisureland RV Center in Boise, Idaho – and the retired U.S. Air Force senior master sergeant has the numbers to prove it.

In 2019, DeHoff and his wife and business partner Carina, and his staff of 18 retailed 261 units – most of them used – from a nondescript, 2.5-acre site. Gross profits just from the sales of those units? Try $7.5 million. That’s good business – especially considering Leisureland’s location in a southeast Boise industrial park.

“If you look at us from an internet presence standpoint, and from our P&Ls and balance sheets,” he says, “and then you drive on our lot and see a dirt lot with a portable office, you’re thinking, ‘This can’t be the same place. Am I in the right place?’ But I make a joke of it.”

The joke goes something like this: The reason DeHoff ’s customers might pay $10,000 less on a travel trailer than they would elsewhere is because he’s not charging them “for that 100-foot flag in the air, a 50-foot LED sign and the $50,000-a-month electricity bill.”

There’s truth behind the jest, as DeHoff sees greater value in renovating and freshening the RVs he finds at auctions in Boise, Las Vegas, Spokane, Wash., and Salt Lake City, that eventually are purchased by customers in Idaho and throughout the western U.S. The money that some might use on frills has other uses at Leisureland.

“We put it into our product and our processes and our people, just like (Camping World CEO) Marcus Lemonis would say. I’m a big fan of ‘The Profit’ TV show. That’s my guilty pleasure,” he says. “I like his business sense.”

The DeHoffs have plenty of business sense of their own, too. After all, Leisureland owes its existence to a forlorn 1979 Fleetwood Wilderness travel trailer that once sat in Carina’s backyard. The couple had begun dating in 2009, while DeHoff was in the Air Force and Carina ran her own company. On the side, they restored cars and motorcycles as a profitable, but small, hobby.

Then, as they steadily saved their earnings, Carina asked DeHoff if they could tackle the Wilderness. It was a mess, he says, that probably should have been crushed, but instead, he agreed to rebuild it anyway. After a year of fits and starts, the restoration was complete, and two days later the trailer was sold for exactly the amount Carina paid for it.

Nonetheless, the couple continued flipping RVs, and by 2012, the only way around the four-vehicles-per-year law that allowed private citizens to sell in Idaho was by forming a company. Once the ink was dry on their paperwork, the DeHoffs began renting space on Boise car lots to display their units. That eventually led to a rewarding arrangement two years later at what would become their present location, a satellite store of a larger auto dealer.

“Two turned into four, four turned into six and then I was basically asked to run that lot and I started learning about being a salesperson. This was while I was active duty. We were open on the weekends and by appointment and after I was off work, we would go in and show these RVs,” he says.

By October 2014, DeHoff had retired after 25 years of Air Force service and told the lot owner he and Carina would open their own dealership the next month. (She had already closed her water systems business to spend more time restoring RVs.) While the couple lived on his military pay, all the profits from flipping units were reinvested into the new venture. The final part of the equation was added when DeHoff was told he could assume the lease.

After that, things took off.

“We were in an old secretary’s office, about 150 square feet, in the main building. That was our sales office. Our lot was where it’s at now, but wasn’t nearly as improved,” he says. “We were in a little 30-by-40-foot shop that we rented at the back of this complex. Within three months, that shop was too small, then we went to a 30-by-70-foot shop on the same complex. Within four months, that was too small, then we went to the back building where we’re at now in a 6,000-square-foot area and in six months that was too small, so then we expanded and moved an entire wall, taking on 10,000 square feet.

“During that time, we kept expanding, reinvesting, and building inventory over the course the next three years,” DeHoff says, noting Leisureland doesn’t use a flooring lender but pays for every auction unit with cash.

“We didn’t even take a paycheck until around 2017, when our CPA said we were making too much money,” he adds.

That was a pivotal year in another way, too, he says, as Leisureland took on its first new line, Forest River’s Work and Play line of toy haulers. Those RVs had moved well for DeHoff as used units, so he figured new models also would sell well. Leisureland is Work and Play’s sole dealer in the Gem State.

In 2018, DeHoff took on Sandpiper destination trailers, another Forest River product that blurs the line between conventional RV and park model. The addition was the result of DeHoff ’s purchase of another RV dealership in St. Anthony, a small town near Yellowstone National Park in far eastern Idaho. Among the 20-odd units there was a Sandpiper that generated lots of traffic back in Boise.

DeHoff ordered more and soon Leisureland was doing a brisk business in the upscale trailers. Like with the Work and Play line, DeHoff is the only Idaho outlet for Sandpiper.

“In this region, a lot of people buy cabins or they’re full-timing in their RVs. This really fit that niche,” he says. “We saw that, we understand the market and we capitalized on that.”

Service is Key for Leisureland RV

Still, the bulk of Leisureland’s sales was – and remains – used units. To that end, DeHoff, like many dealers across the country, spent a lot of time filling shop staff needs to prep those units for resale.

“Finding the right people who understood that and could see the vision and buying into it, and then wanting to be a part of that and watching this grow had been difficult early on,” he says. “We had to step up our game like the big dealerships – because that’s who we’re competing with. There’s nobody that’s our size that draws top technicians.”

Leisureland techs earn either salary or hourly pay, so they know what they’re going to make, according to DeHoff. Due to the volume of units he sells each month, he’s never had to cut a tech’s hours.

“We had one cleaning woman and three junior techs we furloughed for a month while we were trying to figure the coronavirus issue,” he says, “but we brought everybody back in three weeks.”

Although DeHoff admits he can’t pay what his large, crosstown competitors pay, he says his techs have better benefits in addition to constant work; namely, not needing to worry about flat-rate issues, as well as being able to call on three different RVDA/RVIA master certified techs on staff.

In addition, DeHoff borrows from his time in the Air Force the core values of integrity first, service before self, and excellence to create a similar culture at Leisureland.

“One of the things that I learned from my military experience is never allow external requirements to overload your infrastructure capability. We have never moved past our capability to where we trip and fall on our face. We’ve made mistakes and stumbled along the way, but we learned our lessons,” he says.

Built on the pillars of the best product, client care and reputation, DeHoff believes the culture in his shop is why he hasn’t lost a tech in the nearly two years since Leisureland soft-opened its service department in mid-2018.

He’s also made sure his service staff, which includes five techs, has plenty of space to work. Their shop is not delineated by bay walls, but it can accommodate eight 40-foot units. There are six dedicated tech stations plus a central area for overflow; the lot outside can hold 20 RVs and DeHoff strives to keep units indoors while they’re being serviced due to Idaho’s extreme weather.

One facet of the shop DeHoff is proud of is the one unit/one tech approach. Each RV arriving from auction is given a PDI by the same tech who will then prepare it for sale. Once it’s given the stamp of approval by the maintenance foreman, it’s sent over to the sales lot. If it fails, then it’s returned to the appropriate tech for follow-up work.

As for training, new techs are paired either with a master tech or the service manager; once they learn RV systems and how to conduct PDIs, they’re then sent to local product schools for brands, such as Dometic. As the service department evolves, he’s now sending them to formal schools for certification.

His sole service writer, known as the retail service liaison, is a master tech who oversees every unit’s demonstration after it’s purchased, even if it’s being given by a senior tech. He’s one of only four staff allowed to touch a retail client’s RV; the others are the maintenance foreman, a senior tech, and the service manager, because they’re the only ones who have the qualifications, DeHoff says.

More than 200 Google reviews show it’s a system that works, getting Leisureland an average of 4.8 stars.

“One bad review will cost you more than $10,000 in good advertising. So, if we run into a problem, we’re on it,” DeHoff says. “I have spent a lot of money over the years when a client gets something that doesn’t work right. We sit down and talk about it with our service manager and the tech, find out what’s going on and try to resolve it with the client. If we feel that we own it, we’re going to pay for it.”

The DeHoffs also recently earned recognition outside of Google, too, when they were named the U.S. Small Business Administration 2020 Idaho Small Business Persons of the Year. Leisureland’s success, he says, is partly due to assistance from the SBA’s “Boots to Business” program, which offers training in entrepreneurship and business fundamentals to active-duty service members and military veterans. The dealership also has benefited from SCORE, an arm of the SBA that matches budding business owners with mentors and business resources.

Those resources, combined with Leisureland’s strong focus on customer service, have paid big dividends for the business, according to DeHoff.

“It’s all about making sure the customer is satisfied with their purchase because there’s really no smoke and mirrors. We’re very transparent in what we do,” he says. “If there’s a problem, we make it right.”

When DeHoff ponders the future, he’s quick to say he has no hard numbers driving the dealership forward, but instead prefers to let business grow organically. He also believes in keeping things right-sized, so Leisureland maintains its unique place in the region’s RV market. 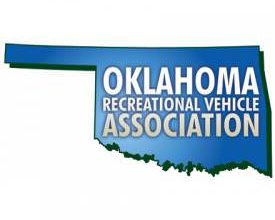 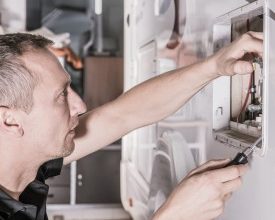 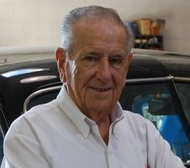 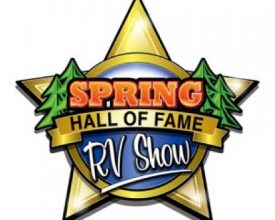