After a record-setting 2016, with more than 430,000 units shipped, the industry is once again poised to break records for 2017. It’s a trend industry experts and executives expect to continue into the new year.

This story by Bob Blake originally appeared in the Southbend Tribune.

After posting modest growth of 1.6 percent in 2006, the industry went into free fall starting in 2007 posting three consecutive years of declines in RV shipments, including back-to-back years of declines greater than 30 percent. In 2009, the industry shipped just over 165,000 units. Industry shipments hadn’t been that low since 1991, according to data from the RV Industry Association.

With eight straight years of growth beginning in 2010, Kevin Broom, director of media relations for the RV Industry Association, said he expects total shipments in 2017 to be close to 500,000, growth of 17 percent over 2016. Data from the RVIA shows that more than 9 million households now own an RV, the highest level recorded. Broom said the RVIA projects additional growth in the industry in 2018 to mark an unprecedented nine consecutive years of growth.

In addition, as consumer electronics and other amenities that are typically a part of RV design have shrunk, it has opened up more open designs that appeal to a broader potential buyer.

Martin said the industry is working on reaching out to the more than 30 million people who participate in tent camping across the country as a means of promoting the RV lifestyle. 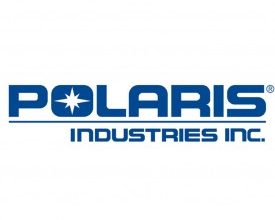